With the state now projecting a $1.6 billion budget surplus instead of a deficit, there’s renewed hope state funding for spinal cord and traumatic brain injury research can be preserved and possibly increased.

However, a spokesman for Gov. Tim Walz told KSTP Thursday the governor is "open" to reconsidering the funding if it’s moved from the Office of Higher Education budget to Health and Human Services.

"These projects have really resulted in significant advances towards restoring function and quality of life," said Dr. Isobel Scarisbrick, with the Mayo Clinic Graduate School of Biomedical Studies. "Each of these projects seeks to find new treatments and indeed cures for neuro-injuries which are both understudied and underfunded medical conditions with really high health care and emotional costs."

Within the last couple of years, the Mayo Clinic made great strides in helping paralysis patients gain hope they might one day get out of their wheelchairs. The research has relied on a combination of state and private funding. 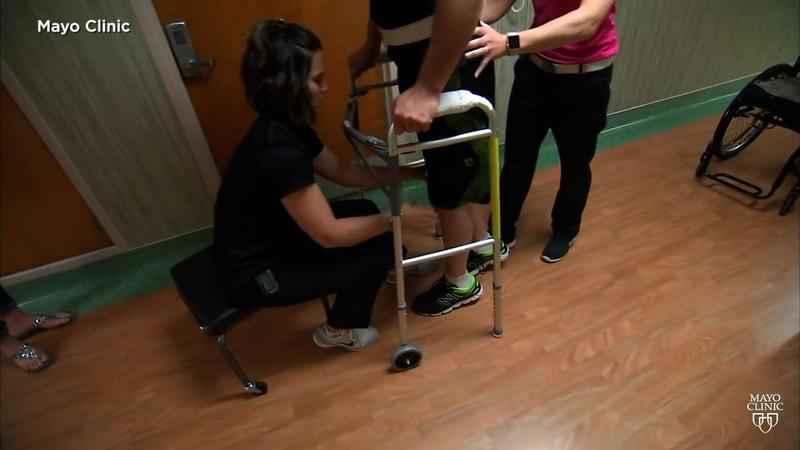 The work being done in Minnesota at Mayo Clinic, the University of Minnesota and elsewhere is giving hope to paralysis patients around the country and the world.

"The impact of the work being done in Minnesota is being felt far beyond your state," Jason Stoffer, of Montana, testified before the Senate Higher Education Committee.

Stoffer is a former federal law enforcement officer who was paralyzed when his truck skidded off an icy Montana highway in 2017.

"And I realize it’s coming out of your budget, but those dollars are leveraging hope to people like myself in states that don’t have infrastructure or don’t have the high-caliber research institutions that you do."

Several other states have already started grant programs similar to Minnesota’s and others are considering it.

The Senate Higher Education Committee passed the bill unanimously and sent it on to the Health and Human Services Committee. A similar bill in the Minnesota House hasn’t had a hearing yet.