Authorities are preparing for the potential for armed protests at the Minnesota Capitol.

It comes amid threats of violence heading into President-elect Joe Biden’s inauguration next week.

The Minnesota Department of Administration approved multiple permit applications for events on the State Capitol grounds this weekend, and now law enforcement officials are putting together a plan to make sure everyone is safe.

There have been peaceful protests at the Capitol every weekend since Election Day. A group called Hold the Line Minnesota has permits for the weekend and told KSTP, "We’re just doing what we’ve always done and that’s peacefully protest all that’s been stolen from us." 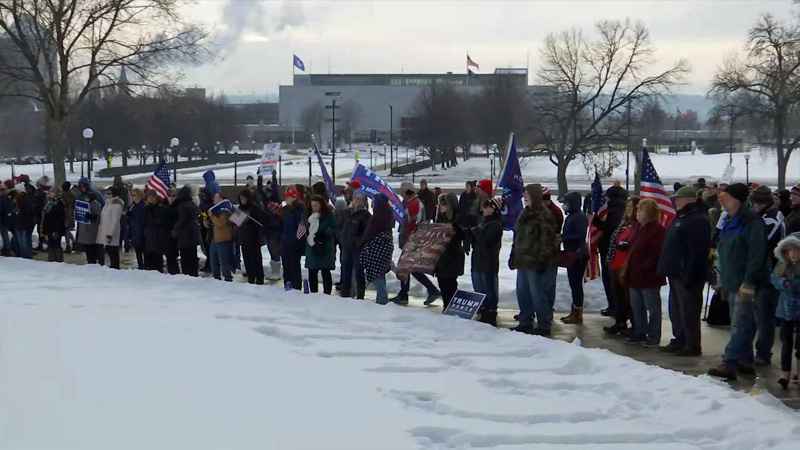 With the FBI warning of possible armed protests at capitols across the U.S., including Minnesota’s, the Department of Public Safety and Minnesota State Patrol is getting ready for whoever may show up. Authorities said Minnesota Department of Natural Resources officers and National Guard soldiers will be visible and available to respond to various threats.

Traffic restrictions will also be put in place.

"We are members of the FBI’s Joint Terrorism Task Force, so we have a [Bureau of Criminal Apprehension] officer who is on the task force. And because he’s on the task force, he has access to all the FBI data that would be involved in a plot to attack the Capitol or to attack a member of Congress, or a member of Legislature, or other criminal activity that is terrorist-related," Harrington said.