The last time voters elected a Republican to the top office was in 2006 when former Gov. Tim Pawlenty won a second term.

“Republicans — quite frankly we didn’t have a red wave. It was a blue wave,” Jensen said during his concession speech. “We need to stop, we need to recalibrate, we need to ask ourselves, ‘What can we learn from this?’”

By the 2026 election, it will be 20 years since a Minnesota Republican Party candidate was elected to the governor’s office.

“That’s a long time,” said Brian McClung, who served as Pawlenty’s deputy chief of staff. “It is also the second-longest streak in the nation after only New York.” 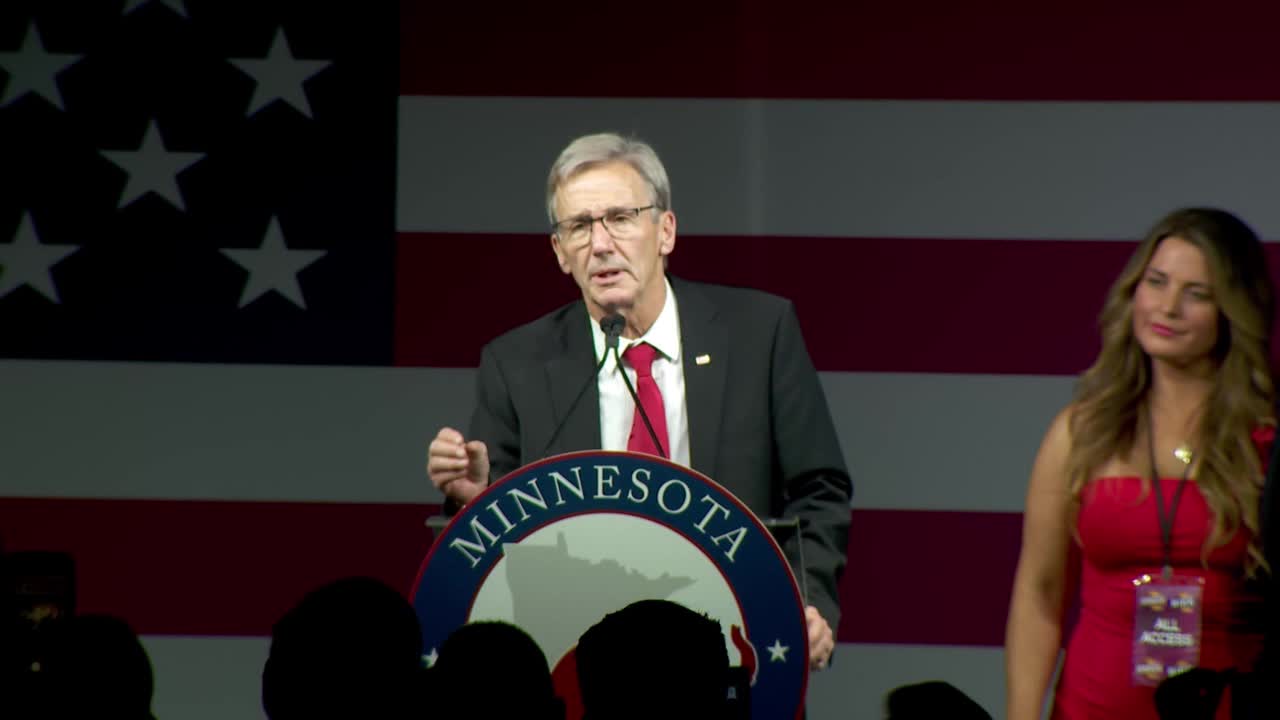 “This is really a point in time where Republicans are in the wilderness in Minnesota,” McClung said. “This happens to political parties on both sides over time.”

Minnesota history shows from 1939 to the mid-1950s Republicans held the governor’s seat. Several decades of flip-flopping between parties in the state’s top office followed.

“You look at those exurban and suburban areas, and Gov. Pawlenty did really well there,” McClung said. “He’s the kind of person that is able to deliver a Republican message in a way that is maybe not off-putting to some independent voters or people that might not vote Republican.”

Hennepin and Ramsey counties have remained DFL strongholds for decades. Dakota, Anoka and Washington counties round out the top five most populous counties statewide.

Pawlenty, who narrowly won his second term, won Dakota, Anoka and Washington counties. Republicans held onto those counties until the 2018 midterm elections, when they turned blue.

Jensen was unable to regain those voters.

“The problem for Republicans is in Minnesota they are becoming an increasingly rural party as the rural parts of the state depopulate,” Schier said.

Jensen also faced a disadvantage in funding. Heading into Election Day, the Minnesota DFL reported it raised $30 million while the Minnesota Republican Party raised about $1.1 million.

“They were woefully underfunded this election campaign,” Schier said.

He added, “I think the GOP has become an insular group of activists that are mainly based in a declining area of the state in terms of population. They clearly have to reach out to new populations and perhaps alter or rethink their agenda.”

McClung agrees: “I think what’s happening now is Republicans are really kind of getting caught up in their own base.”

He believes the party needs to take a look at its messaging and argues it might be worth rethinking the process of choosing a nominee at the state convention.

“That group is not representative of voters broadly or even Republican voters,” he said. “You’re going to get candidates that are more conservative and outside of the mainstream and that makes it really hard for them to kind of try to move back in and win over those independent voters it takes to win statewide.”