Minnesota pharmacies are seeing a shortage in some common over-the-counter medications for children, as the state deals with an early surge in influenza.

The latest data from the Minnesota Department of Health shows 501 Minnesotans were hospitalized this week, bringing the state’s total number of flu-related hospitalizations this season to 1,857 — already more than double all of last year.

The so-called “tripledemic” of influenza, RSV and COVID-19 is putting Minnesota hospitals near capacity.

Only 2% of pediatric beds in the metro are available, according to the latest Minnesota Department of Health Hospitalizations & Capacity Data. 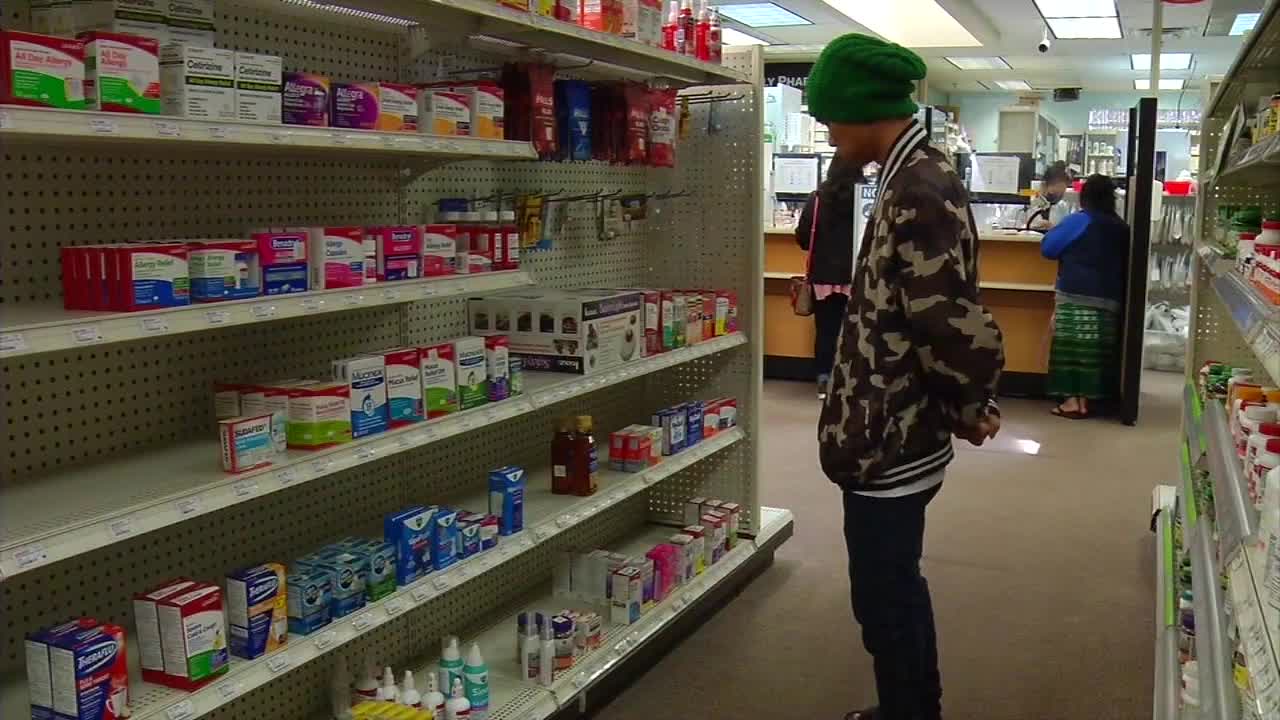 “The emergency departments and hospitals are just full,” King-Schultz said. “There are lots of viral illnesses still circulating.”

Amid the surge in sicknesses, pharmacists are reporting shortages of infant and children’s acetaminophen and ibuprofen.

“It’s the first time I can remember it. Occasionally you run into shortages, but I have never seen anything like this in my career and I’ve been a pharmacist now for 37 years,” said Tim Gallagher, director of outpatient and specialty pharmacies at Allina Health.

“Children’s Tylenol or liquid acetaminophen has generally been unavailable. Some of our pharmacies have no product in stock at all. Others are probably at 10-20% of what they typically would have,” Gallagher said. “And it’s kind of hit and miss with ibuprofen. Occasionally they’ll order and be able to get some ibuprofen suspension or chewable tablets.”

He said the wholesalers they order medications from do not know when the supply will return to normal.

“There just doesn’t seem to be any end in sight, so I think we’re in for a long winter, frankly,” Gallagher said.

A spokesperson for CVS also provided this statement to 5 EYEWITNESS News:

“We’re currently seeing increased demand for cold, flu and pain relief products. We’re committed to meeting our customers’ needs and are working with our suppliers to ensure continued access to these items. In the event a local store experiences a temporary product shortage, our teams have a process in place to replenish supply.”

They recommend Minnesotans look in non-traditional places, such as convenience stores or dollar stores, and consider buying a generic version instead.

The Minnesota Pharmacists Association does not recommend diluting an adult version of acetaminophen or ibuprofen to give to a child because it can be difficult to get the dose correct, so there is a risk of overdose.

They note prescription products are still available, so you could also ask your pediatrician for a prescription if necessary.

Pharmacists urge Minnesota to limit purchases of over-the-counter medications based on need.

“It’s possible that there could be some hoarding going on too that’s exacerbating the problem. If everybody that needs Children’s Tylenol goes in and buys six bottles, then there’s always going to be a shortage. I would say keep looking for what you need, but when you find some, just get one or two bottles and then save the rest for the other families who need it,” Gallagher said.