The Target USA Cup is underway in Blaine, with more than 950 teams competing, including athletes who traveled from war-torn Ukraine to compete. As the Ukrainian athletes arrived at Minneapolis-St. Paul International Airport on Thursday, Pastor Peter Wohler was waiting to greet them.

He spent months working to bring the team to Blaine for the competition.

“We just stepped forward and said, we can do this,” said Wohler.

He has spent several decades providing outreach in Minneapolis as the executive director of the organization Source. Wohler watched with pain, as so many others did across the world, as Russia invaded Ukraine.

“I couldn’t get it off my mind, it woke me up at night at times,” he said. “There’s a quote that basically says, ‘Evil persists when good men do nothing,’ and there’s just a bully on the block. We could maybe ignore it 30 years ago, but we live in such a global world now, and there’s an injustice that’s happening.” 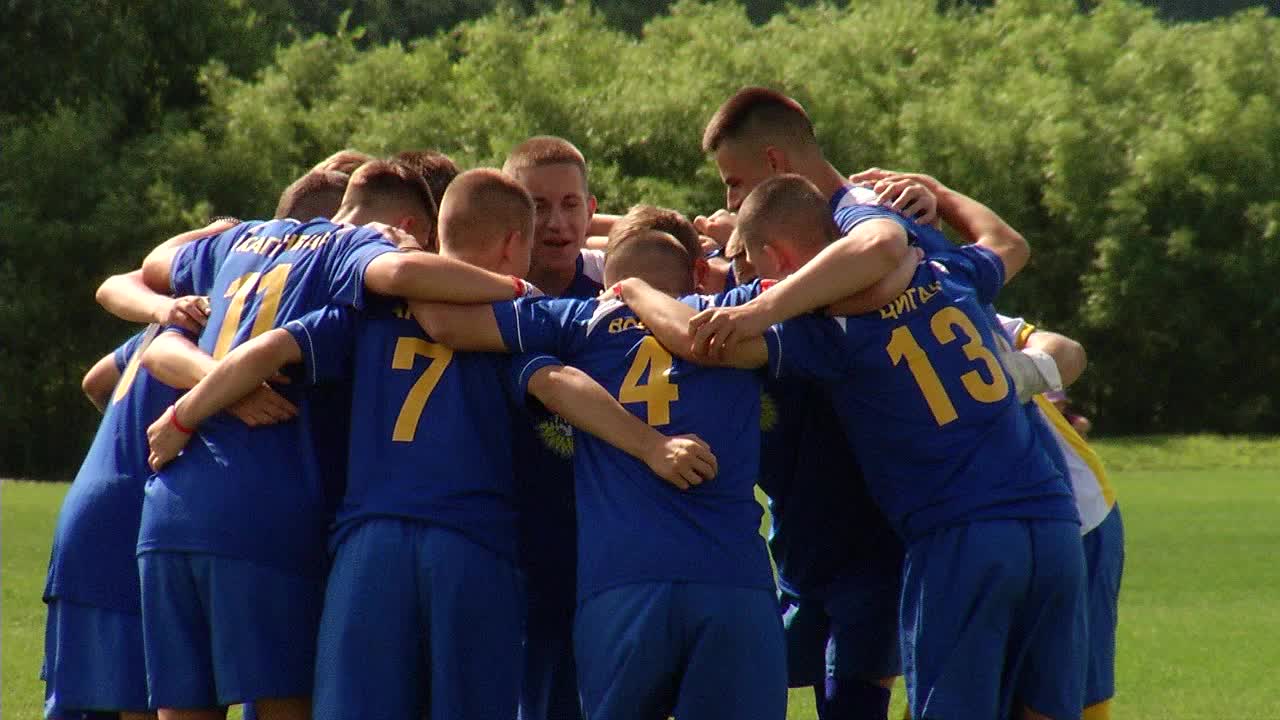 As a soccer coach, he knew the USA Cup was returning to Blaine this summer and focused his efforts on helping young Ukrainian athletes.

“I know there’s international teams, could we possibly get a Ukraine refugee team of kids to come for the USA Cup? Simple idea, but obviously very hard to have that happen,” said Wohler. “I contacted some missionary friends in Europe, and they kind of threw it out to a few of their connections.”

Through his network overseas, Wohler connected with Pastor Rudolf Balazhinec.

“He called for his friend in Switzerland, and his friend called his friend from Poland and Korea, and this guy from Korea came to our warehouse,” explained Balazhinec, who is also a youth soccer coach. “It’s a miracle how he found us.”

Balazhinec operates a warehouse in Uzhhorod on Ukraine’s western border, which is where he’s from. He coaches the FC Minaj U16 team.

Balazhinec explained his 23-member team is from across Ukraine.

“Some of them were really close to the war, one hour from the Russian border,” he said. “My soccer player’s parents — one parent is in the war. A lot of them are volunteers, a lot of them are in really dangerous places.”

Some of his athletes were forced to evacuate their homes and got out just before the war started, according to Balazhinec. He welcomed them in Uzhhorod.

From his warehouse in the western city, he’s provided humanitarian relief across the country. He’s sent hundreds of tons of supplies through Ukraine while his evacuation teams have worked to rescue civilians from combat regions.

“We’ve lost so many civilian people,” he said. “The war is not a war, it is a genocide of Ukrainian nation. If you want a war, you fight with soldiers and go in a battle. This is genocide.”

Balazhinec and Wohler started meeting weekly on Zoom. As they worked on plans to obtain visas for the athletes and coaches, Wohler visited Ukraine. He brought bags filled with medical supplies and bulletproof vests.

“They’re willing to be the boots on the ground [and say] ‘Give us stuff because we’re in need, but we’ll go and deliver it,'” explained Wohler. “That was the passion I saw, and so that group of people was just amazing, and I’ve never experienced anything like that. It was an honor and a privilege just to be a fly on the wall for that. I just left there in 10 days feeling like I not only had friends but very special family.”

By the end of June, Balazhinec’s team received the visas they needed to enter the United States. An additional 10 Ukrainian girls who were scattered across six countries and who are competing in the USA Cup also received visas. Family members are accompanying some of the athletes.

“These kids got 10-year visas,” said Wohler. “I didn’t realize how much it meant until seeing these kids’ reactions in the last two days. When they told their fellow citizens in Ukraine, ‘we got 10-year visas’, it was just like this can’t be. These kids are 13 through 16, so they’re thinking about the future.”

Balazhinec calls it a miracle.

The trip is bringing them some relief from the horrors of war. Balazhinec said he is still able to hear the air raid sirens, even though he’s now thousands of miles away.

“All of the boys are feeling like a home – everybody cares,” he said. “Everybody says ‘Support Ukraine,’ ‘Pray for Ukraine.’ I’m really encouraged that the world is still supportive.”

During their 19-day visit, Wohler said they would take the team to visit Valley Fair, Duluth, and Gooseberry Falls, a Twins game, and a Loons game.

“For them to know that many, many, many people care is significant,” said Wohler. “We can’t mend all of the traumatic pain that’s happening, but we can do a little bit. We can share love.”

Source is hosting a jamboree at Stebner Fields in Duluth on July 19 and at the National Sports Center Stadium in Blaine on July 25. At both events, there will be a children’s soccer clinic.

The Ukrainian refugees will also have the opportunity to share first-hand accounts of the war.

For a full calendar of events, you can text UkraineYouth to 91999.