Minnesota Nurses Association leaders will meet Tuesday night to discuss when and how long to hold a potential strike with all 15,000 of its nurses, according to a Tuesday press conference held in response to Monday’s vote to authorize a strike against health care executives.

Watch a recording of the full press conference farther down in the article.

The MNA says nurses have negotiated with hospital executives for five months and worked without contracts for several months.

“Nurses do not take this decision lightly, but we are determined to take a stand at the bargaining table, and on the sidewalk if necessary, to put patients before profits in our hospitals,” said MNA President and North Memorial registered nurse Mary Turner. 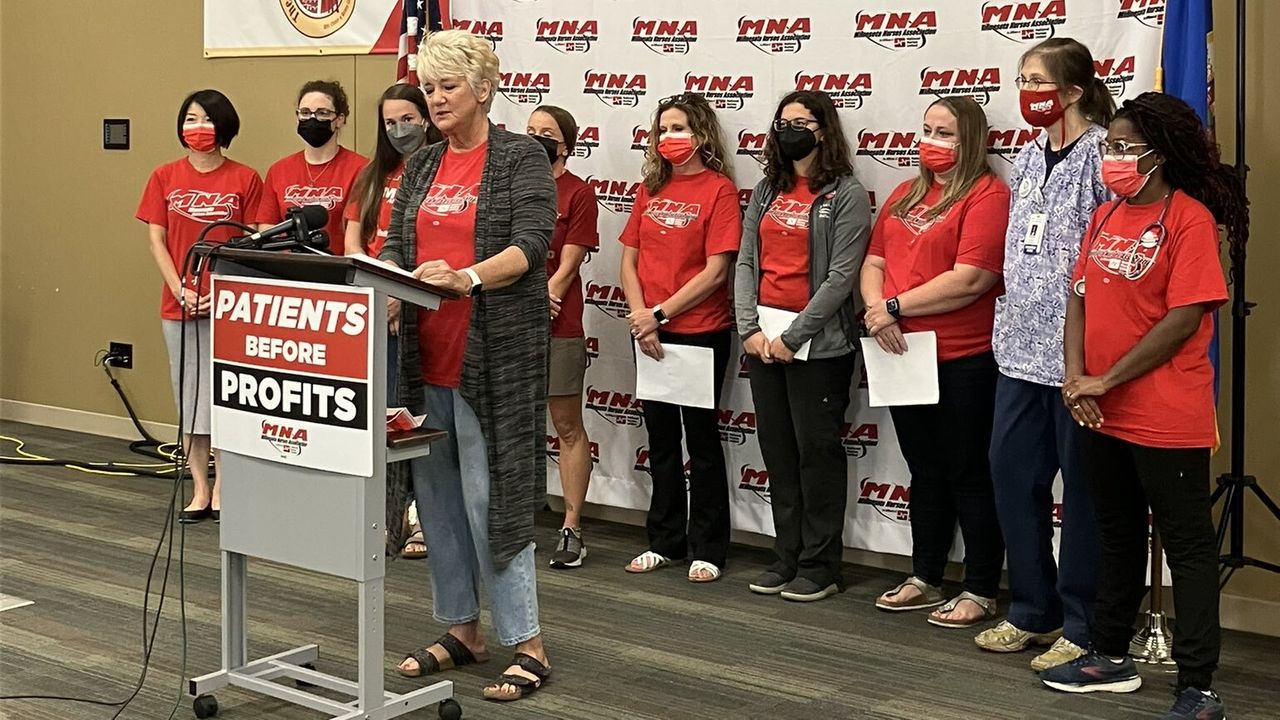 Allina Health, one of the systems that would be affected by a potential strike, expressed what it called disappointment in the outcome of the vote.

“”A strike does not benefit anyone and will only further delay reaching a settlement at the bargaining table. Despite the on-going challenges being felt by Allina Health and throughout the nonprofit health care industry, we have offered an economic package that includes a wage increase of 11% over the three years of the contract, as well as additional compensation benefits. We have also demonstrated our commitment to many of the union’s priority issues, such as diversity, equity and inclusion, safety and security, and recruitment and retention,” Allina said in a statement.

Allina also said a strike is not inevitable despite the vote, and that it looks forward to the next negotiation session with the MNA on Aug. 30. The health care system included its belief that a strike is the alternative to “fair and sustainable” nurse contracts.

Earlier this month, union members held a “No Confidence” vote for hospital executives across the state.

“We’re not asking for the moon – what we are asking our hospitals and executives is to work with us to address our staffing our retention and our patient care in our hospitals,” Turner said.

In late July, nurses in Mankato voted to cut ties with MNA.