The Minnesota National Guard played a key role in the final moments of the U.S. military’s operations in Afghanistan.

Less than two weeks ago, more than 400 soldiers from Task Force 1–194 deployed to the Hamid Karzai International Airport in Kabul.

Their mission was to provide perimeter security at the airport. In addition, 1–194 soldiers provided humanitarian assistance to U.S. citizens, Special Immigrant Visa holders, and their families, according to the Minnesota National Guard.

“The interaction with the citizens they were evacuating, the Afghans that were at risk, that’s a part of the story that I’m extremely proud of," said Col. Timothy Kemp, commander of the 1st Armored Brigade Combat Team, 34th Red Bull Infantry Division. 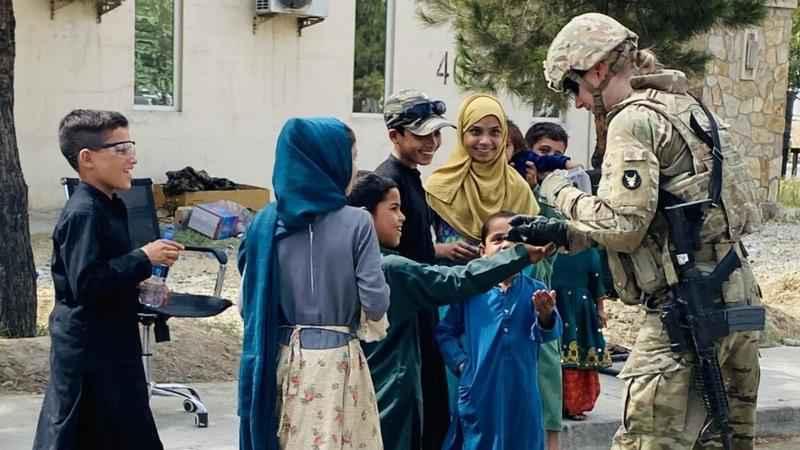 A deadly explosion rocked one of the airport’s gates last week.

Guard leaders waited in Minnesota to see if any of their soldiers were hurt but eventually learned they were securing a different part of the airport.

"I got word that morning that they were all safe, so that was another wonderful feeling,” said Col. Kemp. “But then right away, returns back to, ‘OK, they’re still in-country, they’re still going to conduct their mission.’”

More than 1,000 soldiers from the Guard deployed back in March of this year to support Operation Spartan Shield and Operation Enduring Freedom in Kuwait.

In mid-August, the Pentagon announced that a significant number of the final troops in Afghanistan were members of the Minnesota National Guard.

When the last planes left Afghanistan earlier this week, Guard leaders got the word that all Minnesota members were back at a base in Kuwait.

"To hear that they were all out was a key moment, the rest of my life, knowing that your soldiers are out of harm’s way,” Col. Kemp said.

The soldiers are expected to return to Minnesota in the winter, according to the Minnesota National Guard.