"It’s tough when someone makes a decision to take their own life," he said. "It leaves an open wound. It’s a book you really can’t close."

"Serving in the United States military, I think almost anyone would tell you, it gives you more than you give it," Wedger declared. 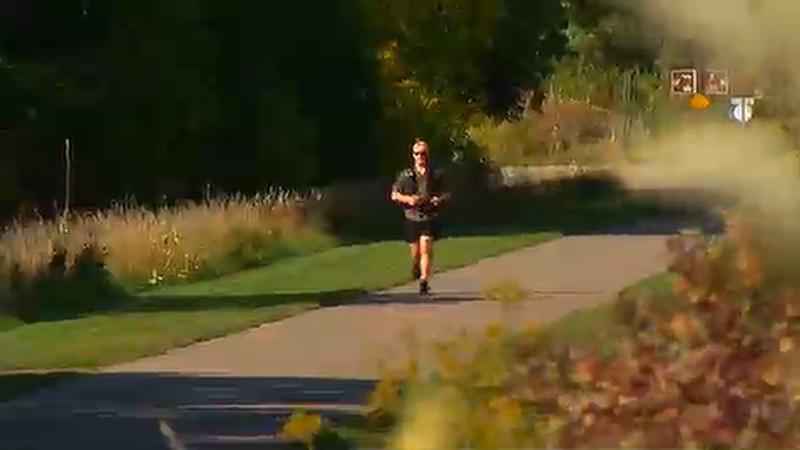 The Department of Veterans Affairs says, each year, 100 Minnesota veterans take their own lives.

This Friday and Saturday, he plans to run a 26-mile trail route four times, between North Branch and Hugo.

"I instantly started thinking like that number isn’t 100, that number is 500, 600, 800 people that are affected," he noted. "That’s grieving mothers and wives and children."

For this Ham Lake husband and father of two, this is personal.

Wedger’s father died by suicide in 2010.

"Working through his suicide, I left for basic training two weeks after he took his life," he recalled. "He has always struggled with alcohol, so that mixed with depression, and maybe not having the resources."

Now, to help others, Wedger will donate the money he raises to the Freedom Fishing Foundation. The Lino Lakes nonprofit takes veterans out on individual or group fishing trips.

Donations can be made here.

"Caleb wanted to do something, he knew he wanted to do this run," said Ben Elfelt, the foundation’s president. "Talk about a stress-free way to connect with somebody, out in the boat, fishing for an afternoon or a weekend. It’s just been really, really amazing to see the connections we’ve made over the years.

Connections, companionship — and much more.

Eric Anderson, a U.S. Army veteran who served in Iraq, says the trips are also about healing and hope.

"We were struck by an IED and that’s how we kind of founded this whole nonprofit," he said. "People are starting to realize that recreational therapy is very beneficial to people with mental health."

Even after one trip, Anderson says he’s seen a difference.

"I’ve seen veterans, we’ve picked them up where they were suicidal, and by the end of the trip, they’re laughing, they’re smiling," he said.

The group sets up trips for about 35 veterans a year, including Gregg Campbell, who served as a U.S. Army engineer in Iraq and Afghanistan.

He says a foundation ice-fishing trip two years ago was a way of healing.

"We dealt with direct fire, indirect fire, IEDs, mortar rounds quite a bit, rockets quite a bit," Campbell remembers. "Just being able to unplug, to be able to relax, to let your guard down. It’s really difficult when returning from combat. It’s difficult to connect with people sometimes."

Experts say these kinds of trips are needed now, more than ever.

"Social connectedness is the number one protective factor against suicide," said Dr. Brittany Miskowiec, the suicide prevention coordinator for the Minnesota Department of Veterans Affairs.

Miskowiec says helping veterans to stop isolating — to open up — can make a huge difference.

"Let’s be real," she said. "There’s something about just being on the water, with silence sometimes, being out with nature, that’s really helpful too. And they get to connect and have someone close to them physically, that’s just nice."

Wedger will be starting his run at 8:30 a.m. Friday morning at Lakeside Memorial Park in Forest Lake. He says he’ll be taking short breaks every 10 minutes or so.

Wedger’s plan is to finish between noon and 4 p.m. on Saturday.

He says, so far, he’s raised about $9,000. He hopes he can make a difference in preventing veteran suicide.

"My primary hope, you know, would be that we can have conversations about it," Wedger said. "Organic conversations, organic community support, organic things that will just maybe lead to a better outcome for even one person."

If you know a veteran who’s experiencing a mental health emergency, there is a veteran crisis line. That number is 1-800-273-8255. You can also text 838255 or visit Veterans Crisis Line.