Minnesota man charged in connection to US Capitol riot 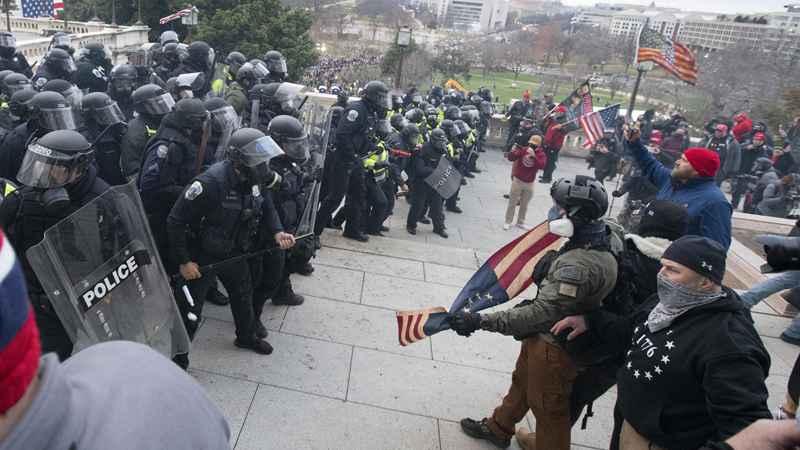 U.S. Capitol Police push back demonstrators who were trying to enter the U.S. Capitol on Wednesday, Jan. 6, 2021, in Washington.[Jose Luis Magana/Associated Press]

A Minnesota man has been charged in connection with the Jan. 6 riot at the U.S. Capitol.

According to statements from the Minnesota U.S. Attorney’s Office and the FBI, 31-year-old Jordan K. Stotts of Moorhead has been charged with trespassing in connection to the riot and breach of the Capitol.

Stotts was taken into custody Friday by FBI Minneapolis field office agents and will make his first court appearance Friday afternoon at the U.S. District Court in Bemidji.

According to the charging document, on or around Jan. 8, the FBI Minneapolis Field Office received a tip from a witness, and an interview was conducted on Jan. 9. The witness said they were a former classmate of Stotts and observed on social media, particularly Facebook, statements and photos posted by Stotts that appeared to show him involved in the Capitol riot.

The posts included a 360-degree video from inside the Capitol Rotunda and a photo taken from the steps of the Capitol with the comment, "Patriots! I got kicked out but I’ll be back!"

On Jan. 18, FBI Minneapolis field agents interviewed Jordan Stotts, who said he arrived at then-President Donald Trump’s rally at 2 p.m., listened to the president speak and walked with other rally attendees to the Capitol building. Once there, Stotts says he climbed a balcony and chanted with the crowd before entering the Capitol through a door on the left side of the main entrance around 2:45 p.m. After entering the Capitol, Stotts allegedly said he walked to the rotunda area and stayed inside for around an hour.

For more information on this case, please visit https://t.co/fGoR0bqD7G pic.twitter.com/gtEhnB1Plz