Minnesota leaders discuss timeline of state going back to ‘normal’

Gov. Tim Walz delivered his State of the State address Sunday night with a focus on COVID-19 vaccines being the game-changer that will get Minnesota back to normal.

"Normalcy is on the horizon, and Minnesotans are eager to embrace the simple pleasures of life," Walz said in his speech delivered from Mankato.

"Normalcy" might be on the horizon, but it could be a distant horizon in many ways. The governor needs to look no further than the State Capitol to see that. House Speaker Melissa Hortman told 5 EYEWITNESS NEWS this week the Legislature is not likely to go back to in-person work this session.

"We will not likely be back in person because even if someone was able to get the shot the first day vaccines are open to everyone, it is still six weeks if you’re getting the Moderna shot to be fully immune from the virus," House Speaker Melissa Hortman said.

There are just over six weeks left in the legislative session. Senate Majority Leader Paul Gazelka says he’d like to bring the Senate back all in-person. 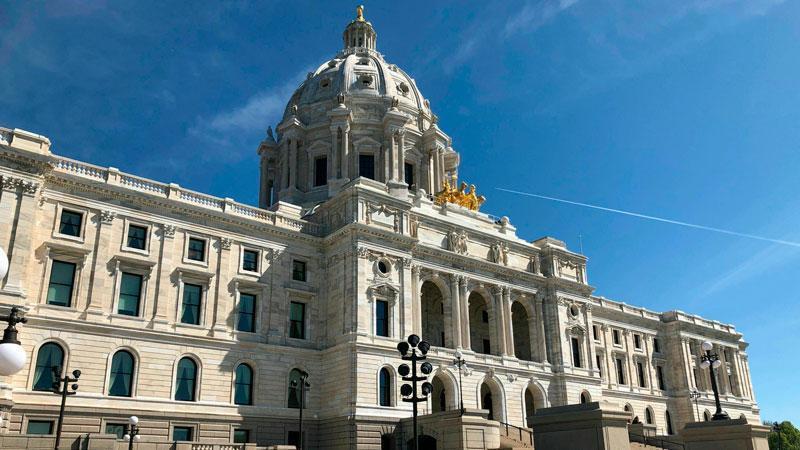 "We’re trying to make that happen, but regardless we’ll get the budget done," he said.

Schools are another area where "normalcy" remains elusive. Although 92% of public district and charter schools are offering at least some "in-person" learning, most will not go back full-time this school year. The board of one charter school, Nova Classical Academy in St. Paul, voted Monday night to not return any of their ninth through 12th-grade students to in-person learning this school year even though there are two months left.

"It seems like we have just heard excuse after excuse from the administration as to why it’s difficult to get students back in the classroom," said Jay Johnston, a parent of four students at the school. His elementary school student is back in school, but not his eighth, 10th or 12th-grade students.

"My senior daughter, for example, missed out on the spring of her junior year. (She) has spent her entire year in an exclusively online environment. There’s two months left in the year and it seems like they’re throwing in the towel."

You can look to downtown Minneapolis as another example of where life will not soon return to normal. Target Corporation announced earlier this month it is downsizing its office space and will have thousands of employees working from home or in hybrid work models. Other companies are likely to follow suit.

"We just need to be prepared for that," Minneapolis Downtown Council President and CEO Steve Cramer said. "That’s the reality we’re facing. Downtowns all over the place are facing."