Gov. Tim Walz has already called on his state agencies to stop doing business with any Russian companies and asked the State Board of Investment to stop investing in Russia. Now many state lawmakers want to put those measures in state law and send a message.

“I think it stands for what do these people behind me and all 201 of us here stand for,” Rep. Jim Nash, R-Waconia, said of his fellow lawmakers. “So if it’s $53 million, $530 million or $53, I think the message is an appropriate one. Sovereignty matters. … You cannot invade a sovereign nation and depose a democratically elected government.”

Sen. Kari Dziedzic, DFL-Minneapolis, says she represents many of the state’s 17,000 Ukrainians.

“I’m here today to speak on behalf of my neighbors who have family members in Ukraine who understand the very real threat the Russian invasion poses to the safety of Ukraine and to the safety of the world,” she said at a State Capitol news conference.

The lawmakers were all moved by what they have heard from Minnesotans who moved here from Ukraine.

“Over the past two weeks my heart keeps breaking for my homeland,” said a tearful Asya Mikhailenko Sturgell, who moved to Minnesota in 1992. 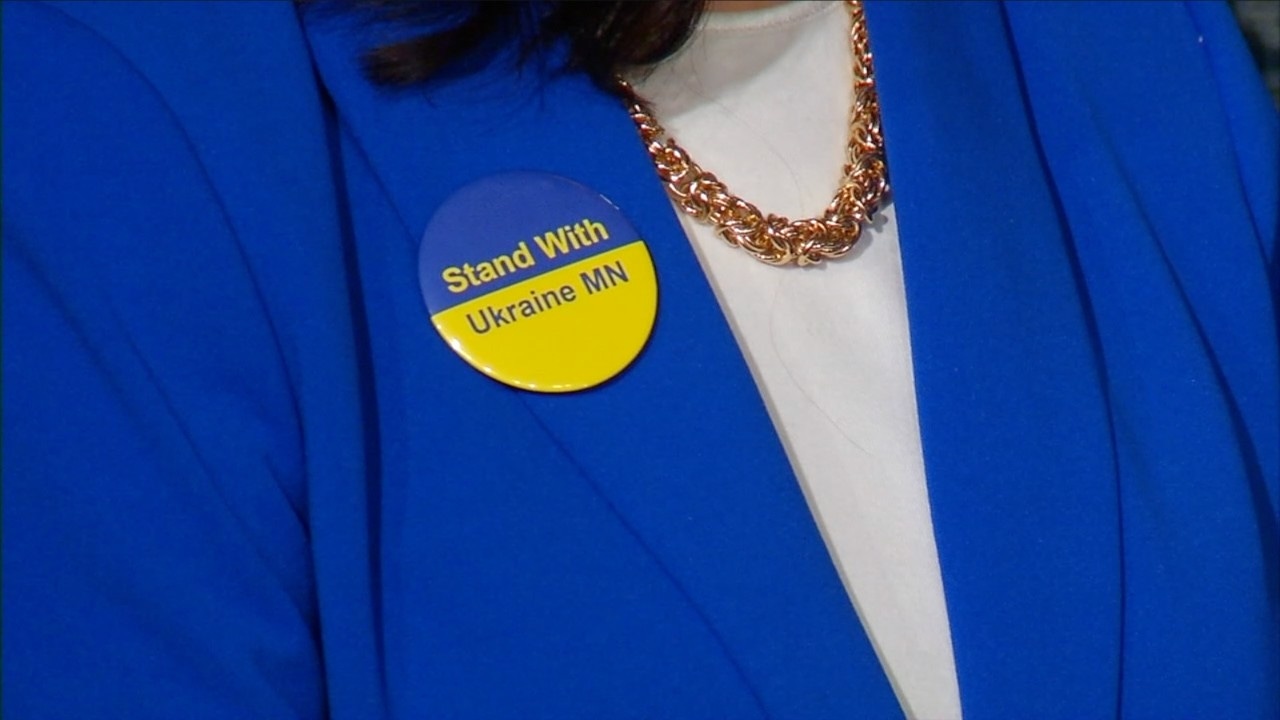 Luda Anastazievsky moved to Minnesota in 1990 and left many family and friends behind in Mariupol, a city now under siege by Russian forces.

“Honestly, I can barely function,” she says. “I feel very anxious and worried because my family and friends in Mariupol are in a city under siege. I don’t know how any of them are doing and whether they are even alive.”

Although the Russian sanctions bill has widespread support in the legislature, House Speaker Melissa Hortman says it still needs to go through a committee process and could take seven to 10 days before a bill is ready for passage in the House and Senate.