The Minnesota House of Representatives passed the CROWN Act on Wednesday, a bill to end race-based hair discrimination, and now it’s headed to the Senate for consideration.

The House passed the CROWN Act in 2020 and 2022, but it was not taken up for a vote by the then-Republican-controlled Senate.

Cress explained the beauty of black hair goes beyond the root.

“Just to be able to express yourself,” Cress said. “I’d like to think it’s one of the freedoms that my ancestors fought for.” 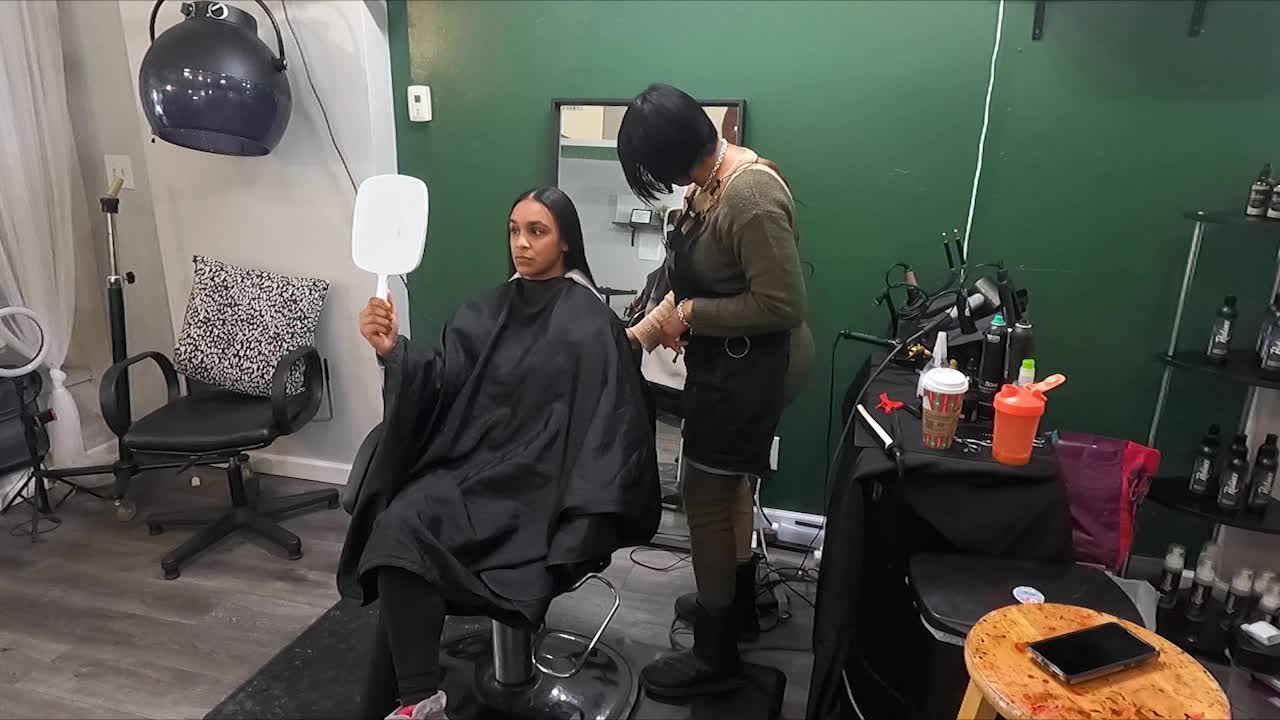 Cress has been a hairstylist in Minneapolis for over a decade, specializing in healthy haircare.

Clients sit in her chair for a cut, color or style.

She said sometimes, her black clients feel pressure to get hairstyles that don’t reflect their culture in order to conform in the workplace.

But a law could change that.

The CROWN Act is back on the agenda at the Minnesota State Capitol.

The Committee on Judiciary and Public Safety held a hearing to reintroduce the CROWN Act. They voted ‘yes’ during a voice vote.

“I remember a time at work where I wore a braided style for the first time. When I entered the room that Monday morning, my manager literally screamed,” Tiffani Daniels, MN Business Coalition for Racial Equity managing director, said during the public hearing. “A style that has always been a source of joy and pride in my community was a spectacle at work.”

The bill would make hair discrimination in schools and the workplace illegal.

The legislation said traits historically associated with race, such as hair texture and hairstyles like braids, locs and twists, would be protected.

“I think it will have a positive effect,” Ray Dellreid, Remix Barber and Beauty barber, said.

Within the last few years, Dellreid has seen natural hairstyles on men and women being embraced in the black community, but not everyone is on board.

“Some people have gotten looked over for jobs and discriminated against because of their style of hair,” Dellreid said. “That’s not fair.”

Hairstylists agree that you can’t put black hair in a box and people should be able to feel good in their own skin and hair.

“I hope it passes and I think we’re going in the right direction,” Dellreid said.

The bill is headed to the Senate for consideration.