UPDATE: The Minnesota Supreme Court says the Minneapolis public safety ballot question can be voted on and counted.

In a ruling late Thursday, the high court reversed a district court’s decision to block the city from counting votes on the question. There was no memo immediately explaining the court’s decision.

Earlier Thursday, the state’s high court said city and county officials didn’t have to provide an insert for voters providing better context with the question.

"We are so incredibly happy," Minister JaNae Bates, the communications director for Yes 4 Minneapolis, said about the decision allowing the question get voted on. 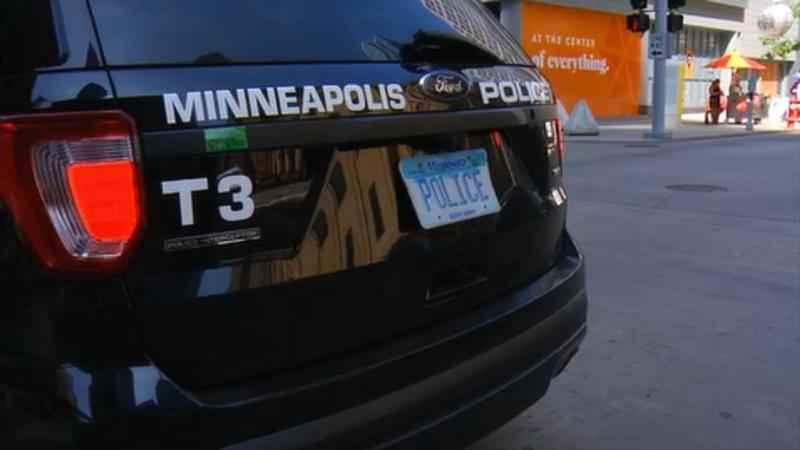 Minister Bates also spoke about a television advertisement that will soon be seen by Minneapolis, produced by All of Mpls.

In the ad, a north Minneapolis barbershop owner identified as Teto, says in part, "I think policing in this country needs to be reformed, but to get rid of the police I think could be a disaster. If we abolish the police, scrap the whole system, then what?"

Yes 4 Minneapolis says the ad is misleading for voters.

"That ad is a blatant and false lie," Minister Bates told 5 EYEWITNESS NEWS.

She said that will create an opportunity to expand services so that mental health professionals and substance abuse specialists, for example, could respond to certain 911 calls.

You can see what your ballot will look like, including the charter amendment question, here.

"This is the right call. The charter amendment itself is fundamentally bad policy. But that doesn’t change the fact that the petitioners and city officials have met their legal requirements. Minneapolis residents deserve the opportunity to weigh in this fall and bring this debate to a close so we can move forward with clarity for our residents’ safety."

"The Black-led, multiracial Yes 4 Minneapolis campaign came together after the police murder of George Floyd. Minneapolis residents joined together across race, age, income, zip code, and political ideology to propose a new path forward to create a more just and safe city. After being blocked by the Charter Commission in 2020, the campaign to create a new Department of Public Safety went through every meticulous step of the legal and legislative process to make sure the will of the people could be heard on this critical issue this year.

"Lawsuits brought forward by Minneapolis residents who have personal, financial, and political ties to Mayor Jacob Frey were clearly never about the ballot language–they were about trying to steal our right to vote on question 2.

"After months of manufacturing one unprecedented barrier after another and watching in frustration as the people of Minneapolis overcame each and every one, Mayor Frey’s backers are stooping to a new low: not only did they attempt to stop our votes from counting on question 2, they are calling for a separate charter amendment to consolidate power in the hands of the Mayor. Minneapolis voters will not be fooled by this corrupt, brazen attempt by a handful of Jacob Frey’s allies to undermine our democracy and consolidate power.

"As a directionless mayor, Jacob Frey has no credible response to his police department’s murder of George Floyd, his disastrous handling of the aftermath, and corrupt and violent police department that is under both state and federal investigation. As a failing mayor with exclusive control over his police department, his response was to create an unholy alliance with rightwing groups and corporate interests to protect his power. They go by many names — All of Mpls, Jacob Frey for Our City, Operation Safety Now, Charter for Change, Minneapolis 8, Mpls Together, A New 612 — but they are run by an exceedingly small group of Mayor Frey’s closest allies.

"In Minneapolis, we know the power of our multiracial democracy, and believe in a unified path forward. As voters, we have a choice between a failed Mayor backed by a corrupt and dishonest network of dark money groups that lie to voters, attack our democratic right to vote on a community-led charter amendment, and elected officials who believe that our local democracy can be a force for good and will vote yes for new Department of Public Safety.

"Our vote is powerful. Early voting starts tomorrow, Friday, September 17. We call on all Minneapolis voters of good conscience to vote No on question 1 that consolidates power in the hands of the mayor, yes for question 2 to create a new Department of Public Safety, and yes for rent control. And we’re telling all Minneapolis voters: Don’t rank Jacob Frey."

Thursday morning, the Minnesota Supreme Court ruled in favor of not including a notice with the Minneapolis public safety ballot language that would advise voters that the question would not be counted if voted on.

As of Thursday, a decision is still looming whether the proposed question will be counted on the ballot or not. A decision is expected to be finalized on the appeal filed sometime Thursday, as the early voting period begins on Friday.

This week, a judge granted a motion for an injunction regarding the language, dealing a potential setback to efforts to reshape the city’s policing strategy. The judge called the recently passed language from the Minneapolis City Council "unreasonable and misleading," and blocked the city from counting votes on the question. If an appeal is pending when early voting begins, the city must tell voters not to vote on the question and that their vote will not count. The issue has gone back and forth in court.

Minneapolis and Hennepin County election officials stated they were in the process of printing a ballot insert that would provide voters with better context on the judge’s ruling. In an update Thursday, the state Supreme Court ruled that they would not have to provide that insert.

The proposed question would ask Minneapolis residents if they want to change the city’s charter by replacing the Minneapolis Police Department with a new Department of Public Safety.

This is a developing story. KSTP will update this story as the day goes on. Be sure to refresh your browser for the latest information.