Minnesota has welcomed as many as 300 Ukrainian refugees

More than eight million Ukrainians have been forced to leave their homes since the Russian invasion. According to the Minnesota Department of Human Services, about 300 people have been admitted as humanitarian parolees to Minnesota. A DHS spokesperson told us the federal government has reported to state officials there are 857 applications from Ukrainians hoping to relocate to Minnesota.

“We’re starting to see people showing up at our agencies now in bigger numbers,” said Jane Graupman, the Executive Director of International Institute of Minnesota. “At the Institute, we are now serving close to 100 Ukrainians.”

She explained most Ukrainians are relocating to Minnesota through the Humanitarian Parole program.

“That is a temporary two-year status people have,” she said. “I think the federal government is thinking that Ukrainians may want to return home to their country.”

Graupman told 5 EYEWITNESS NEWS she hopes that will happen but she also has concerned about the temporary status, given how long wars can last. 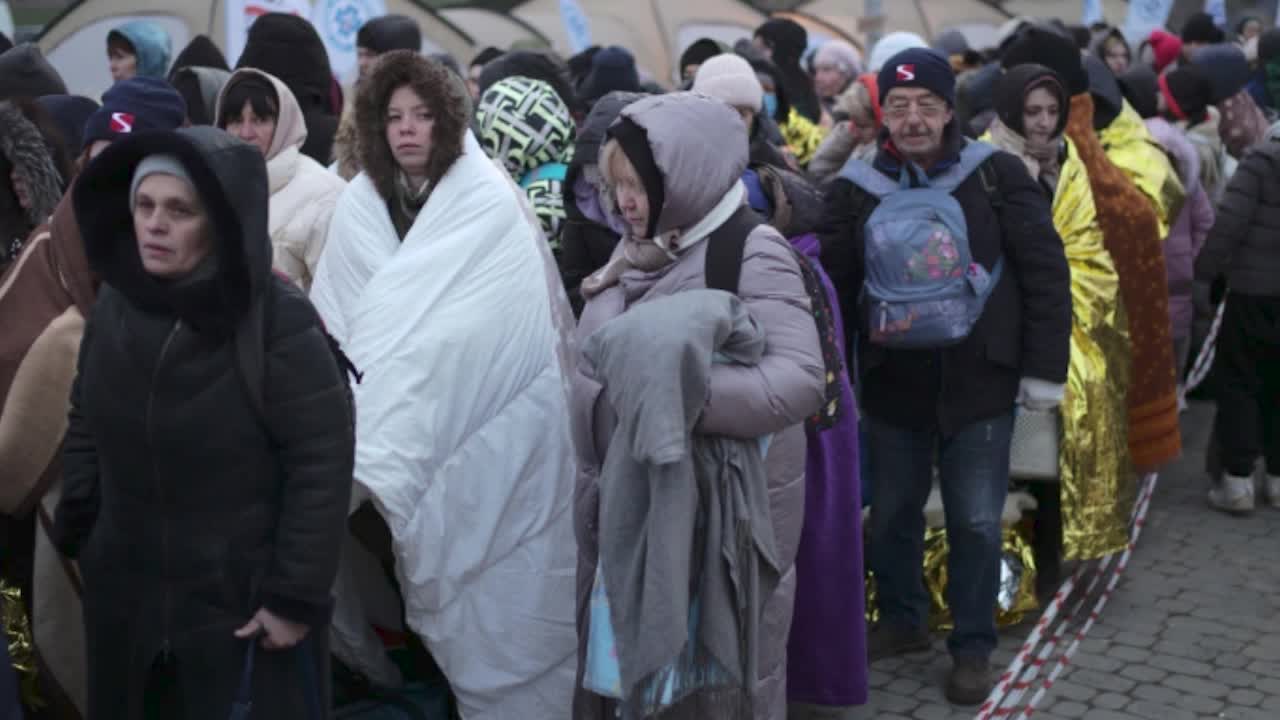 “We are concerned if people don’t have all of the services they need to resettle here,” she said.

The Humanitarian Parole program is also different from the Refugee Admissions Program, which provides a one-time payment per refugee to help with essential expenses during their first three months in the United States.

“It is a really big transition in and of itself but especially after you’ve left a very difficult situation like Ukrainians have,” said Graupman. “People really do need support”

“It’s all very personal,” said Luda Anastazievsky, a UACC board member. “Everybody knows somebody who lost somebody or they lost somebody in their family.”

She has many cousins and nieces and nephews that lived in Mariupol until the invasion.

“My cousin was actually taken by Russians,” she said. “Taken all the way to the Ural Mountains that divide the European and Asian parts of Russia. So then I was helping with other family members to get them out of [Ukraine] to Riga, to Latvia.”

She has been working to welcome Ukrainians to Minnesota understanding the trauma and pain they’ve endured.

“There is some way we can help to make their life a little easier and feel them welcome here,” said Anastazievsky.

She has been helping families sign for essential services, including finding child care, housing and filling out an employment authorization application. They are holding a workshop next week to help Ukrainians understand the Minnesota school system.

UACC has also worked with other organization to provide families with free computers.

“We are providing them first of all to moms and children so that they have a way to stay in touch with their loved ones,” she said.

In addition, they’ve launched an adopt-a-family program to allow Minnesota families to sponsor Ukrainians arriving to the state.

“For example we recently got bedding and sheets and towels for a family,” said Anastazievsky. “For another family we bought bus passes transportation passes for the family.”