A hearing of the Senate Aging and Long-Term Care Committee was initially aimed at putting a focus on the pace of COVID-19 vaccinations for Minnesota seniors. It quickly turned into a contentious debate over certain questions on the state’s "Covid Connector" website.

"No. 1 criteria I think when you go to a website like this: How old are you?" said committee chairwoman, Sen. Karin Housley, R-St. Mary’s Point.

However, Housley said she was surprised to see questions asking Minnesotans about their sexual orientation, how you identify by gender, where you work and whether you have any of several specific disabilities. All before you get to a question about your age.

"It’s just so maddening that these questions are even being asked," Housley told Minnesota Health Commissioner Jan Malcolm during the virtual hearing. "I just think they should all be deleted."

Malcolm agreed that the question about age could be moved up on the questionnaire, but she defended the sexual orientation and other questions. 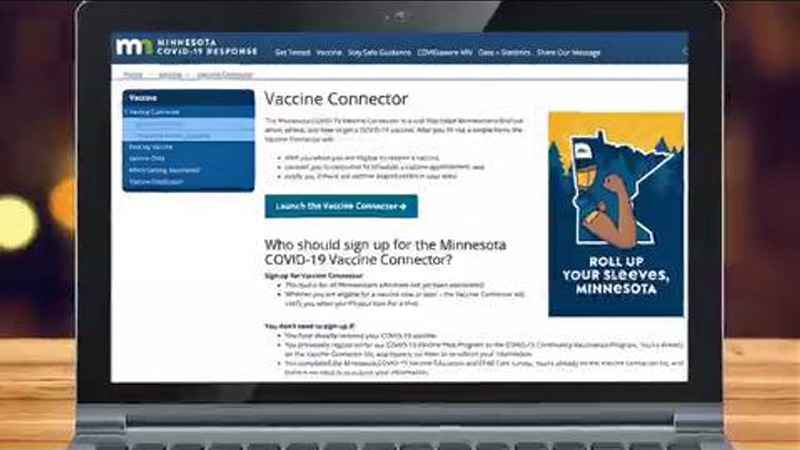 "It’s data that is useful to know what populations we’re serving or not," Malcolm said, adding, "but those are not eligibility questions for the vaccine."

Housley and other GOP senators said the focus on questions other than seniors indicate a lack of focus on getting the vaccine to seniors. Minnesotans over age 65 account for 89% of COVID-19 deaths in the state.

"All the questions are nothing to do about seniors and then you wonder why we say seniors aren’t a priority," said Sen. Carrie Ruud, R-Breezy Point.

Malcolm responded by saying seniors will remain the focus until they get to as many of them as possible as quickly as possible.

"I really don’t understand the characterization that seniors are not a priority," she told the committee.

However, Housley said she’s concerned the Walz administration plans to begin broadening the vaccine priority groups once seniors reach the 60% to 70% vaccination point. So far, about 42% of seniors have been vaccinated.

"I want a ‘seniors first’ plan," she told Malcolm. "I also recommend in the next few weeks … an all-hands-on-deck approach so the 95% of available vaccines get into the arms of our seniors."

"To further dilute the vaccine because he’s hit 60% of seniors vaccinated, the other 40% you’re on your own because now we’re opening it up to everybody. That’s a message that’s hard to tell seniors when, again, they’re scrambling everywhere to find it."

"We are going to keep prioritizing seniors," Malcolm said. "At what point do you start adding in other eligible populations? We’ve been talking about people with underlying conditions in this committee. I know you all have concerns about younger people at higher risk."

Housley repeated her request that seniors remain the top priority and asked that the sexual orientation question and others not specifically pertaining to vaccine eligibility be removed from the "Vaccine Connector" website.

Malcolm said she’d look into moving the age-related question further up in the questionnaire but wouldn’t commit to any other changes.