It’s the one that didn’t get away.

Nolan Sprengeler of Plymouth dreamed of breaking the state’s muskellunge — or muskie — record of 54 pounds established more than six decades ago.

It appears Monday evening on his last fishing trip of the season Sprengeler’s dream came true on Lake Mille Lacs after catching a monster muskie.

"It’s been a dream and to have it happen on the last day, last hour, and last spot like that is pretty surreal," Sprengeler said. 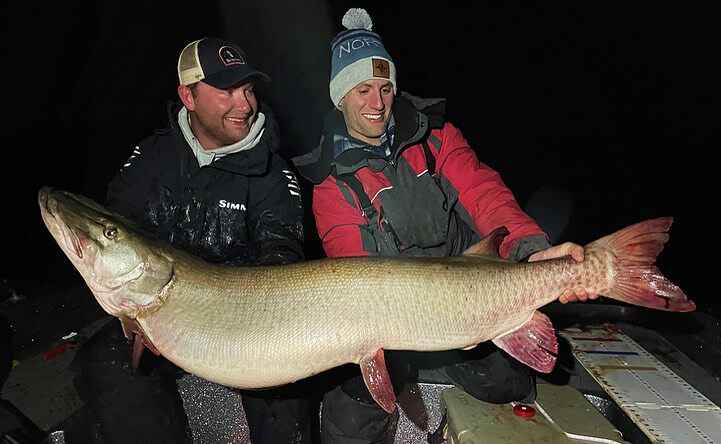 Sprengeler tried to revive and release the muskie, but the battle was just too much for the fish.

Sprengeler sent the proper paperwork to the Minnesota Department of Natural Resources which will determine if it’s officially the biggest muskie on Minnesota record.