At the Minnesota State Fair, there’s a worker shortage. Thursday night’s Gophers game had concessions closed because of a shortage of people to staff them. Across the state, a food chain slowdown is impacting restaurants.

"Sometimes we’re shorted, but with anybody, with our meat companies," said Sheila Leventhal, owner of Cecil’s Deli, in St. Paul. "By raising the menu price, we’ve been able to stay above water."

All of the above, experts say, are signs of a downshifted labor market.

"The issue is the variable that’s unknown, and that’s the delta variant," U.S. Secretary of Labor Martin Walsh told 5 EYEWITNESS NEWS. "The delta variant is one, and number two is really—is the concern of no child care, a lack of child care." 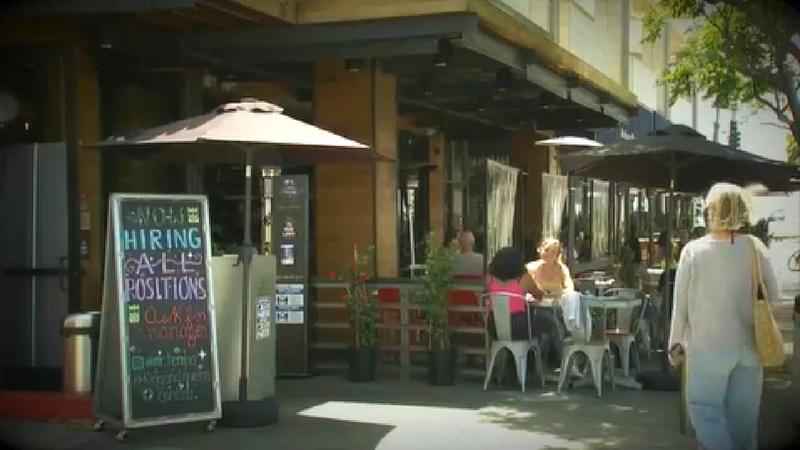 The government on Friday released its new jobs report. Among the key findings:

But that new jobs number falls far short of the gains in June and July.

The government says roughly 1 million jobs were added each month.

Those gains in June and July followed widespread vaccinations that allowed the economy to fully reopen from pandemic restrictions.

President Joe Biden blamed the variant for the modest gains in the latest jobs report.

"There’s no question the delta variant is why today’s jobs report isn’t stronger," the president said. "I know people were looking, and I was hoping for a higher number."

So what’s going on?

"There’s a certain percentage of the population who are quite fearful of any variants," said Dave Vang, a University of St. Thomas financial expert.

Vang says there are two big issues at work here. With schools closed, child care is keeping workers home, and others have health concerns, he says.

"The fear of the variant is part of it, but I think the majority of what we’re seeing is just this sort of disconnect," he explained. "The chicken and egg problem, that some industries are really raring to go, but they’re depending on some other industry where things are tight."

It’s a labor-supply tug of war.

Vang points to the auto industry, with cars ready to sell but no microchips to put in them. Or the construction industry, which he says is short by several thousand jobs, even as lumber prices are falling.

"The variant is playing into it," he said. "But a lot of it is various industries trying to catch up to each other, so that things can really kick off."

Experts say the variant is keeping people from activities like flying, shopping and eating out. But Vang says there are bright spots.

He sees the government’s halt next week of the $300-per-week federal jobless benefit as a sign of confidence.

That move is taking place as the Federal Reserve is talking about scaling back its support for the U.S. economy later this year.

"The Federal Reserve is saying we’re thinking this super-high easy money thing can start tapering off, they’re calling it a taper," Vang said. "That’s actually a sign that I think the federal reserve thinks that things will straighten up."

He sees something else he hopes will bolster the economy: schools in Minnesota and across the country are reopening, allowing some parents to rejoin the workforce.

"This is why it’s so important, at least for the economy, for schools to open, because we did have a lot of parents who at least one or both actually stay home with the kids because there was no place for them to go," Vang said.

But there is a flip side.

Vang says if your kids aren’t school age, it could be a challenge to find caregivers with openings.

Still, even the government says having schools reopen will help the economy recover.

That could take several months, Vang says, because businesses are so interconnected.

"Employees and employers will take into their risk calculations that, yes, we can get back to normal," he said. "There’s a lot of pent-up demand out there. That’s another light in the tunnel."