A second baby formula shipment from overseas has arrived in the United States. It’s part of the Biden Administration’s Operation Fly Formula, which is an effort to help with the shortage.

Many families say the formula can’t come fast enough as they struggle with the lack of supply on store shelves.

“So many people are in our situation and my heart breaks, truly, because no kid should have to go hungry,” said Kim Haugen, a mother from Elko New Market.

Her 10-month-old son has complex medical needs and relies on a feeding tube. About a week and a half ago, they learned from their home nursing service that the shortage had affected the specialized formula he needs.

“One day it wasn’t good,” said Chad Haugen. “The box didn’t show up, the formula didn’t come and the stores were out.” 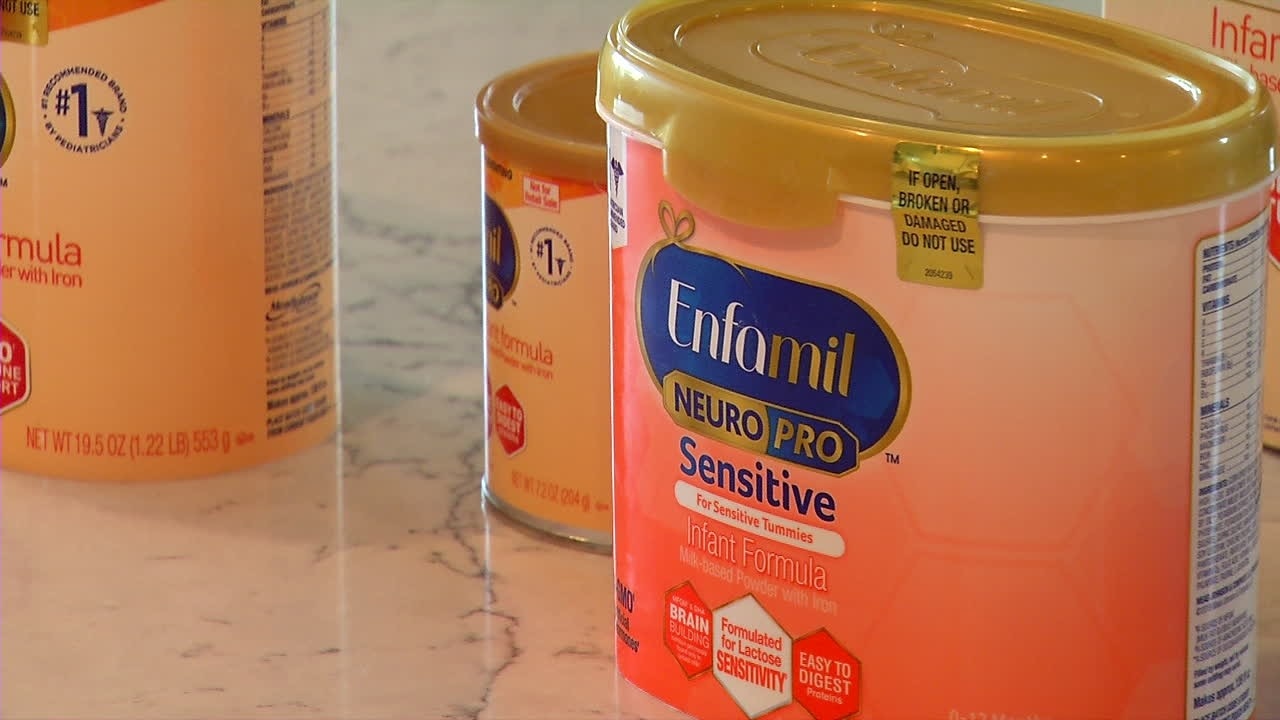 Containers of Enfamil NeuroPro Sensitive formula are on the kitchen counter of Kim and Chad Haugen's home in Elko New Market on Thursday, May 26, 2022. (KSTP)

Kim added, “A lot of people just were telling us to maybe increase his table food because he’s almost a year old, saying he won’t need formula anymore. But he’s on a feeding tube. He can’t take anything by mouth, and so that’s not an option for him.”

The Haugens explained, at their doctor’s suggestion, they tried a substitute formula. Their son reacted poorly.

“He had a rash on his face, he threw up a lot and his eyes were bloodshot and puffy,” Chad Haugen said. “We had to figure out another path forward.”

They put a plea out on social media, asking for any amount of the Enfamil NeuroPro Sensitive formula.

Their Facebook post was shared nearly 200 times and donations have been pouring in from across the country. The Haugens have been overwhelmed by the support.

“Most of the formula came from other states other than Minnesota,” Kim Haugen said. “Texas, Maine, North Carolina.”

The Haugens told 5 EYEWITNESS NEWS they’re still getting messages. They’re encouraging those who are reaching out now to help others who need this formula.

“As much as I hate that this happened and so many of us are in this situation, it was also really cool to see the humanity of people come together and to support one another because at the end of the day, it’s all about getting these babies fed,” Kim Haugen said.

“Ask for help. It’s amazing what people will do and who shows up to help you,” said Chad Haugen.