As the Russian attack on Ukraine continues and hundreds flee the country, there are children being left behind.

Some orphanages in the country are waiting to get the go-ahead to evacuate, and for the families hoping to adopt these children, the wait is excruciating.

Steve and Jennifer Heinemann, of Nowthen, Minnesota are too familiar with that pain. Their family of six is waiting two bring home two girls from a Ukrainian orphanage.

They first fell in love with Vika, 15, and Oksanna, 13 when they hosted them for a summer in Minnesota. In January of 2020, the Heinemanns adopted four children from Ukraine and Vika and Oksanna were their friends from the orphanage.

“They consider us mom and dad. We have had a connection with the girls since we met them and they are so attached to our children here,” Jennifer Heinemann said. 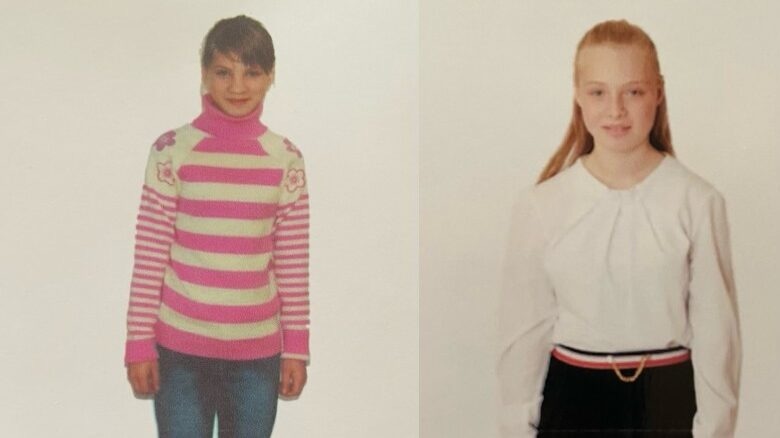 Oksanna, 13 (left) and Vika, 15 (right) are in Ukraine waiting for emergency visas to be issued to them so they can be adopted by Steve and Jennifer Heinemann, of Nowthen, Minnesota. Credit: Heinemann Family

Once their other adoptions were finalized, they knew they wanted to begin the process to adopt Vika and Oksanna too. They started the paperwork through an organization called Nightlight Christian Options in September.

“We were told we’d be able to host the girls all summer so we have been preparing to have home with us while we finish their adoption and then, of course, everything now just came to a halt,” Jennifer said.

As war broke out in Ukraine, the summer host program was canceled. Since then, the Heinemanns have received no answers as to what is happening with their adoption.

“We have the same answer for all the families. It’s not possible at this time,” Viktoriia Serediuk-Buz, International Program Coordinator with Nightlight Christian Adoptions said.

As of now, all Ukrainian adoptions have been put on pause.

“No family from U.S. can travel to Ukraine to participate in the court hearing which is required to finalize the adoption in Ukraine,” Serediuk-Buz said.

But with their children in danger in an orphanage in Lviv, the Heinemanns couldn’t wait. Steve got on a plane to Poland to help get orphans across the border. He’s working with an organization called Legacy Refuge. Steve thought because the girls were so close to the border, they’d be some of the first to be evacuated.

“Literally they’re like 43 miles away from the border,” he said.

But, he’s unable to get to them. Even if he could cross into Ukraine, he wouldn’t be able to take the girls with him back across the border.

“Legally I can’t because there’s no documentation that ties us together,” Steve said.

“Every time we reach out to anybody, we get the same answer of we don’t know yet. We’re working on that, which is very hard for us to hear because our children are hearing sirens and they’re scared and they know that dad is on the other side of the border and can’t get to them,” Jennifer added.

The Heinemanns say all they want is to be able to hug their girls and make sure they are safe.

“We might not have the legal paperwork that says they’re ours but we feel that we are their parents,” Steve said, “and it’s our job to love on them and protect them.”

They’re hoping Vika and Oksanna are evacuated soon and hopefully, they’ll be able to get emergency visas so they can go home with the Heinemanns. But, at this point, there are no answers as to if or when that could happen.

While he’s in Poland, Steve is continuing to work with Legacy Refuge. They are bringing food, clothes and supplies to orphans who’ve made it across the border. If you are interested in donating to the cause, can you go to their website.