Economic experts in Minnesota are eyeing the turbulence on Wall Street this week, after all three major stock indices entered bear market territory.

The Dow Jones fell into a bear market Monday, joining the S&P 500 and Nasdaq.

The S&P 500 is down roughly 8% in September and has been in a bear market since June, when it had fallen more than 20% below its all-time high set on Jan. 4.

A bear market refers to a prolonged drop in the stock market, which some investors define as a decline of at least 20% from a recent high.

“It grabs headlines because it’s erasing billions of dollars worth of wealth. There is a lot of wealth in stocks and a 20% drop in that wealth represents billions of dollars,” said Tyler Schipper, an associate professor of economics at the University of St. Thomas in St. Paul. 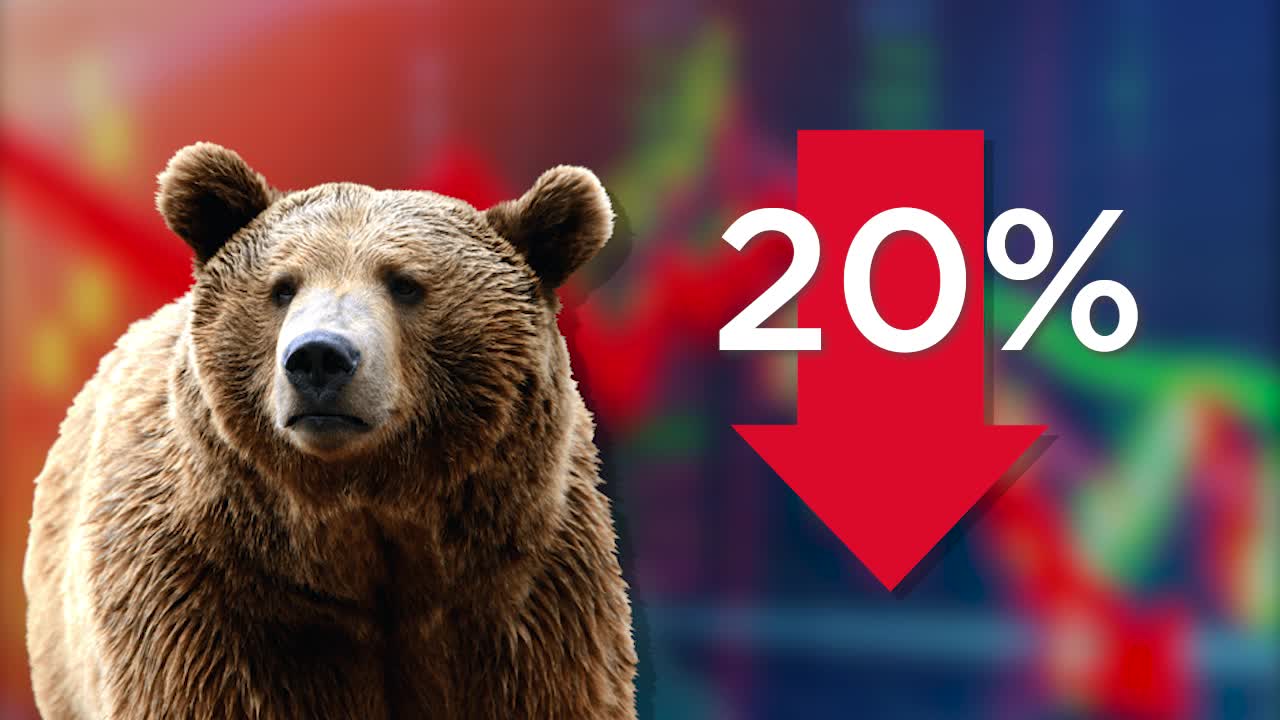 Schipper said the last bear market happened in March of 2020, triggered by COVID-19 lockdowns and only lasting a few months.

Prior to that, there was a bear market during the financial crisis in 2007. Schipper said that bear market lasted about a year and a half.

Experts said the bear market we are seeing right now is related to recent interest rate hikes enacted by the Federal Reserve, in an attempt to help curb inflation.

Stocks soared to their first gain in more than a week Wednesday, but experts told 5 EYEWITNESS NEWS this turbulent time on Wall Street adds to ongoing economic concerns, with everything from inflation to interest rates.

“For the general public, maybe the thing we need to worry about is the high inflation, not the decline of the stock market,” Chen said.

When it comes to what to do with your money, such as your 401k, both experts warn against taking any immediate, drastic actions.

“For the average person, especially somebody that’s maybe under 50, grit your teeth, don’t look at your portfolio and this too shall pass,” Schipper said. “So as long as you’re not right on the brink of retirement, you have enough time to wait this out and enjoy the bull market that will inevitably follow. Now, if you are right on the edge of retirement, maybe you talk to your financial adviser.”

Steve and Krista Nuessle, a married couple in St. Paul, are watching the developments with the economy and making small tweaks to their lifestyle.

“Even just things like eating out, we’ve been doing probably less over the last several months since things have been changing,” Krista Nuessle said.

Steve Nuessle added, “We’ll let it settle down and see where it’s going. We’re not pulling money out. We’ll ride it out. We’ve got 20 to 25 years until we retire, so we’re not panicking about it.”

Even with stock market gains Wednesday, Schipper said generally the bear market would not end until the market reaches a new high.

“Even though markets are up today, unless it’s the start of a strong rally that would reverse the losses over the year, I would still consider us to be in a bear market,” Schipper said.