When looking at this year’s roster for the men’s and women’s USA Olympic curling teams, Minnesota and Wisconsin connections are everywhere.

They competed this weekend for their chance to represent the country next year during the 2022 Beijing Winter Games.

"Curling is here to stay. It’s really cool to have a hometown vibe with those teams," said former Olympic curler John Benton, now the director of curling for Four Seasons Curling Club in Blaine.

Benton played with some of the soon-to-be Olympians when he curled in the 2010 Olympics, including John Shuster. 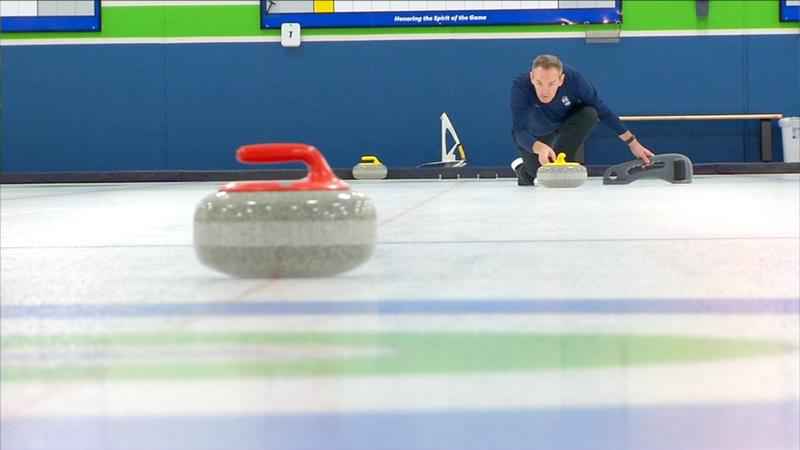 Former Olympic curler John Benton releases a stone Monday, Nov. 22, 2021, at Four Seasons Curling Club in Blaine. Benton is the director of curling at the club.[KSTP]

"What is the draw to curling? I think the draw to this is you look at curling as an Olympic sport, and you say, ‘I can do that!’ What other Olympic sport can you really do that with?" he said.

Director of Men’s Coaching Phill Drobnick is also from Minnesota.

"It’s exciting for USA Curling to be able to send two medal contenders to the Olympic games," he shared upon returning home from the trials in Omaha.

Drobnick says the next couple of months will be filled with ice time and competition leading up to February.

Athletes make it look easy with their special shoes, brooms, sweeping techniques and holding that pose.

A sport with many complexities that more spectators are taking notice of.

"Our top-level athletes are all about growing the sport together, and they want to share their support with everyone else across the country," Drobnick added.

While Minnesota and Wisconsin are known for curling, Benton says curling clubs are popping up all over the country with interest in California, Arizona and the Carolinas.