The Minnesota Department of Corrections (DOC) is hiring a tattoo supervisor, and it hopes the position will lead to fewer reoffenders.

The department posted the job – which is based at the Stillwater Correctional Facility – earlier this month, offering to pay between $59,000 and nearly $87,000 per year.

The posting has raised some eyebrows, but the DOC says it’s part of a pilot program that aims to address a couple issues.

Around 95% of all incarcerated people in Minnesota prisons will be released eventually, DOC officials noted, adding one of the most significant factors in reoffending is a lack of employment.

According to the DOC, people who have felonies or jail time in their histories often face significant barriers when trying to get a job, and the tattoo industry is one field that often has opportunities. 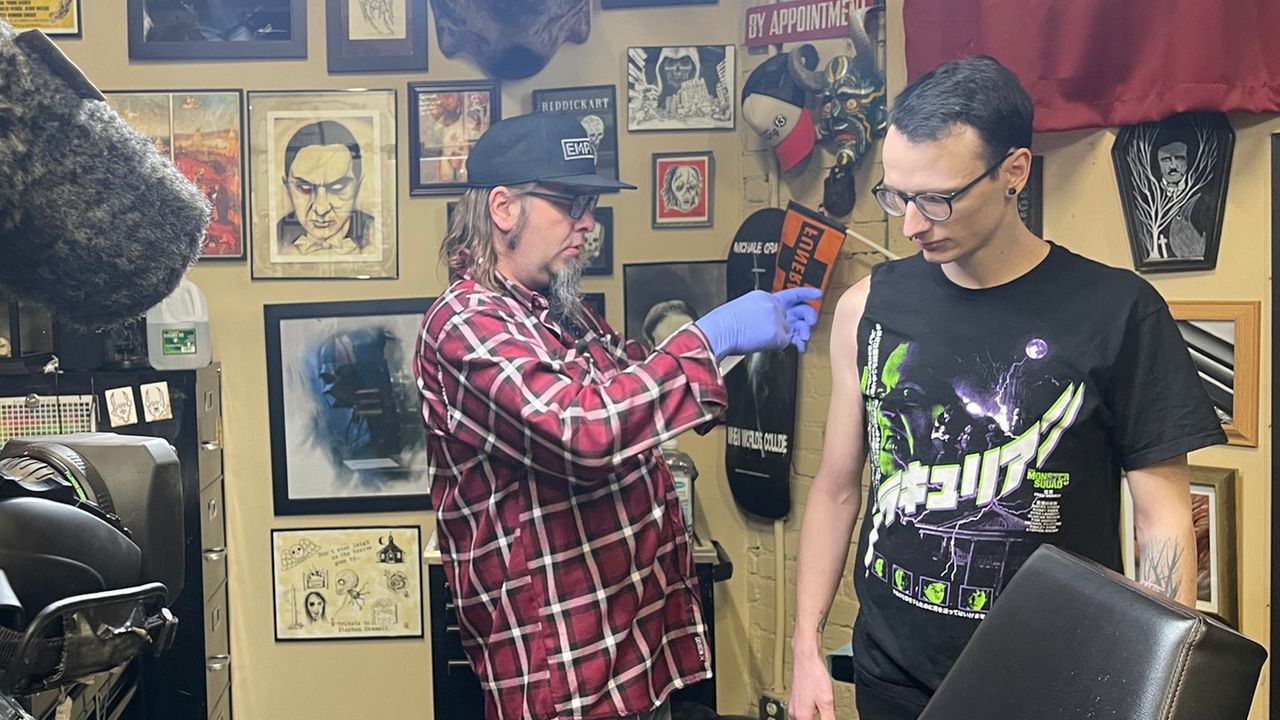 The Minnesota Department of Corrections is searching for a Tattoo Supervisor to teach inmates how to tattoo. The reasoning for the program goes beyond the needle. (KSTP/ Brittney Ermon)

By creating a licensed tattoo establishment in Minnesota prisons, the DOC says it will offer inmates a path to becoming a licensed tattoo technician in hopes that it will help the inmates find jobs when they’re released and, hopefully, have a positive impact on recidivism.

Additionally, the department says prisons have a problem with illegal tattooing. Inmates often use materials and techniques that aren’t sterile, which can result in the transmission of bloodborne diseases, such as Hepatitis C.

Not only is it dangerous for inmates, but illegal tattooing can also be expensive for taxpayers. According to the DOC, treating Hepatitis C generally costs between $20,000 and $75,000 per person.

The department says it hopes the tattoo pilot program will not only help reduce the number of reoffenders but also create a safer environment and save taxpayers’ money.

Applications for the tattoo supervisor job are being accepted until April 28, per the posting.