Minnesota’s bid to host the 2027 World “Specialized” Expo moved to a new phase this week when an international delegation visited the state to take a closer look at what the state has to offer.

Governor Tim Walz, Senator Amy Klobuchar and others touted the state’s bid and the theme of “Healthy People, Healthy Planet” focused on health and wellness innovations.

“That commitment to highlighting of what we can do together is part of what this expo does,” Walz said at. State Capitol news conference. “It brings the world together around common themes. It brings together around innovation and problem solving.”

Although the expo bid will be privately financed, the federal and state governments are helping with the bid. Sen. Klobuchar and others from the Minnesota Expo delegation traveled to Dubai last February to see the expo they held.

“I also attended with a number of Minnesotans the World Expo in Dubai and I saw the enormous power this world’s fair brings to bringing people of the world together,” Klobuchar said. “We are excited to have the delegates here and excited to have such a strong bid.” 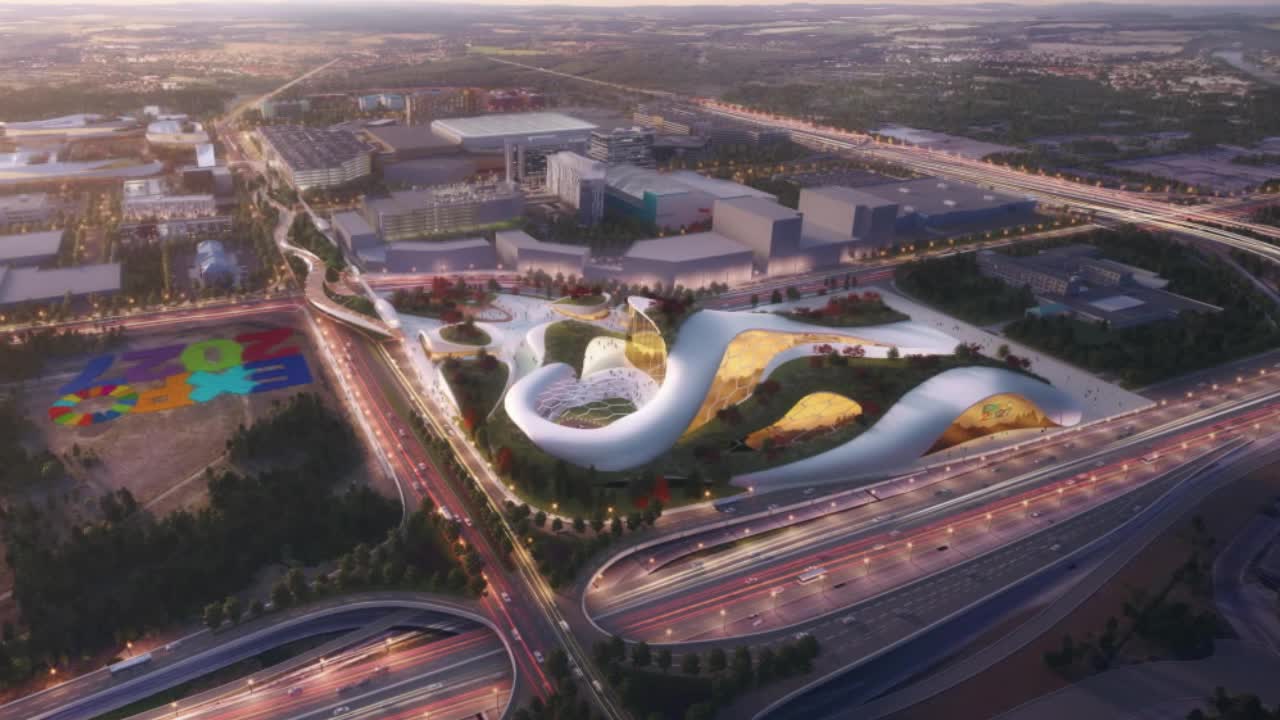 An architect's drawing of Minnesota Expo venues that could be built if Minnesota wins the bid for the 'specialized' world expo (Photo Courtesy: Minnesota USA Expo 2027)

Among the delegates in Minnesota this week was Alain Berger, president of the Bureau of International Expositions.

“The BIE is nominated to carry out inquiry missions to examine different bids,” he said at the Capitol news conference. “We are not here to judge. We are here to determine the viability and to verify the expo plan is feasible.”

The president of the Minnesota Expo committee, John Stanoch, says if Minnesota wins the 2027 bid it could have wide-ranging benefits. By attracting an estimated 14 million visitors and an economic impact of nearly $2.5 billion, Stanoch says the event could help make Minnesota and the Midwest a gateway to the U.S.

“We look forward to welcoming visitors from across the world, but we’re also focusing in addition to the theme of ‘healthy people, healthy planet’, on building trade relations with countries, on building tourism opportunities between countries,”

The 2025 World Expo will be held in Osaka, Japan over six months at a 1,000 acre venue. Minnesota will find out next summer whether it will win the bid for the smaller, three-month 2027 “Specialized” World Expo.