The U.S. Drug Enforcement Administration (DEA) set up at more than 4,000 locations nationwide Saturday in an effort to get people to turn in prescription drugs they no longer need.

Saturday’s campaign was part of a DEA program that has collected millions of pounds of medications since it began.

The 23rd “National Drug Take Back Day” was also a local and federal attempt at curbing the opioid crisis, which continues to grow, according to the agency.

107,622 people died as a result of the poisoning last year, according to the Centers for Disease Control and Prevention (CDC).

Those numbers don’t look any better on a local level. The Minnesota Department of Health reported 924 Minnesotans died from opioid overdoses last year, a 35% increase from 2020. Fentanyl was said to have an even larger increase, killing 834 Minnesotans in the same time period and jumping 49% from the year prior. 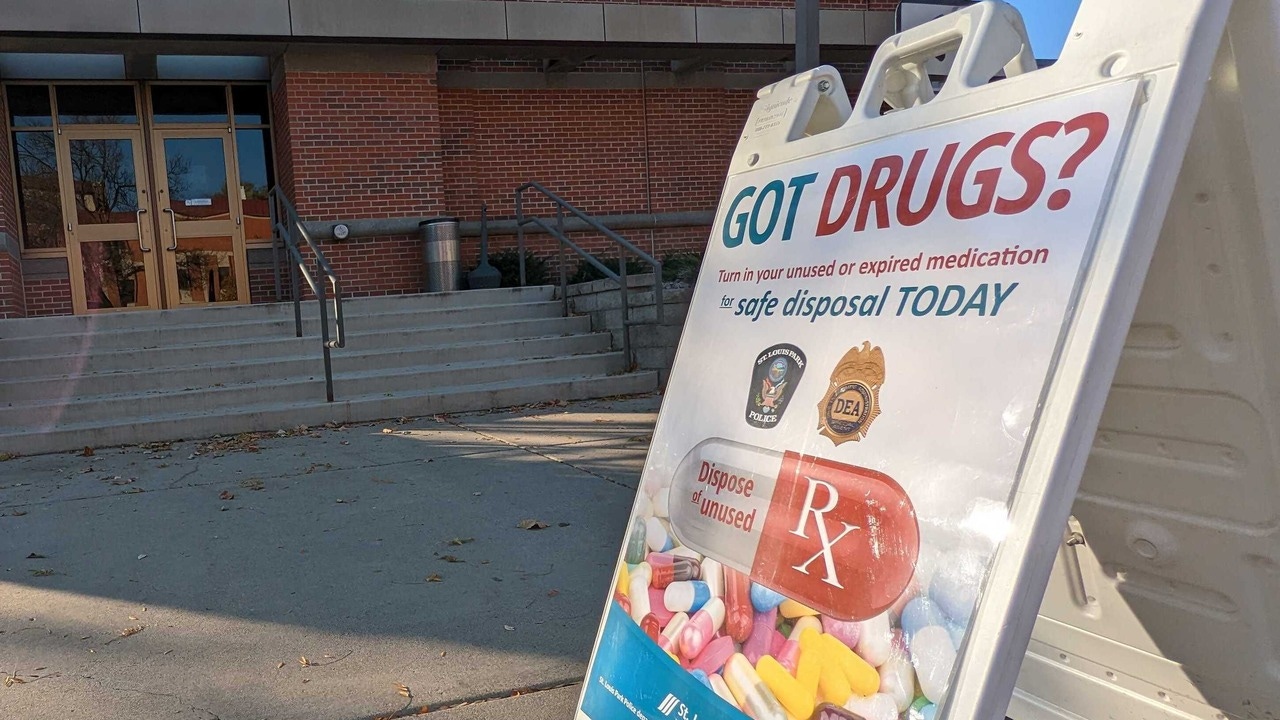 “It is very sad,” Dee Wyatt, a St. Louis Park resident, told 5 EYEWITNESS NEWS as she was dropping off old over-the-counter medications at the police department.

Wyatt told reporter Andrea Lyon she wasn’t aware of the DEA’s drug take back program, but she consistently drops off all medications to safety drop boxes out of caution.

“It’s constantly on my mind. I’ve got two older kids who you know, there is a lot of influence in life and you never know,” Wyatt added.

A report from the Substance Abuse and Mental Health Services Administration says many prescription drugs connected to overdoses are from the homes of users’ friends or family members. It’s one reason why the DEA continues to hold the bi-annual event.

St. Louis Park Police officer Katie Fitzhenry says their city is fighting the drug epidemic along with everyone else. Fitzhenry tells 5 EYEWITNESS NEWS the program usually draws in several residents who otherwise may not know how to safely dispose of their prescription medications.

“We will package those boxes up, don’t have to take the labels off the of medication or anything because they will eventually go to an incinerator where they will never be seen again,” Fitzhenry said.

If you missed the event, there are year-round drop off locations at law enforcement offices near you.