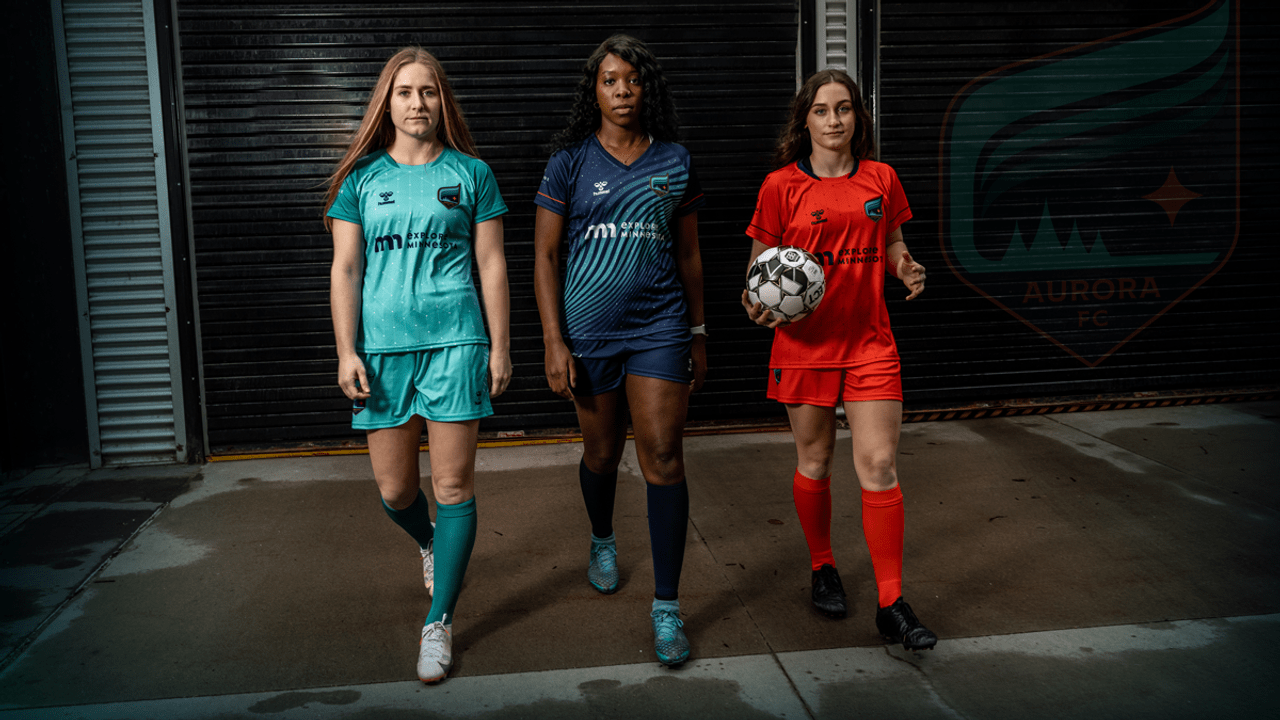 Today Minnesota Aurora FC unveiled their new “kit” during an event at Mall of America.

The uniform’s design was inspired by the Northern Lights.

According to the team, the home kit “captures the movement and color of the aurora borealis”.

The away kit is focused on the starry night sky and is called the “Constellation Kit”.

Uniform designer Cassidy Sepniesky says that she was “immensely inspired by the by the community owners and the passion surrounding the club– on top of the beauty of Minnesota.”

Minnesota Aurora FC will start their season in May playing out of TCO Stadium in the USL W League.

The team fundraiser over one million dollars through 3,080 “community investors”.