The Minnesota Army National Guard currently has one of the strongest recruitment rates in the country, almost edging out states with double the resources.

As of Wednesday, 256 people have started the process to become a National Guard soldier — that’s only 14 fewer people than Texas.

The last year-and-a-half has had its challenges for guard recruiters in Minnesota — the pandemic being their biggest hurdle as the access to people was limited.

It was also a time when soldiers were part of Minnesotans’ lives like never before.

Starting with the pandemic in early 2020 till now, soldiers have delivered medical supplies, administered COVID-19 tests and vaccinations and even worked alongside medical professionals as they assisted in the state’s effort to combat the coronavirus. 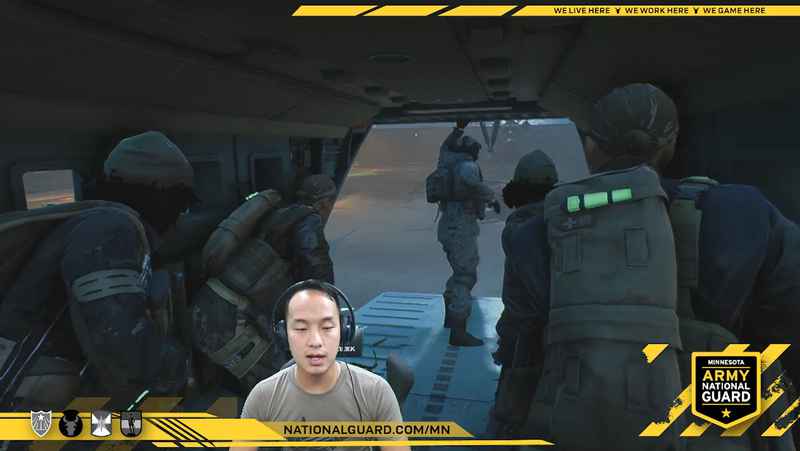 Eventually, the guard stepped in to help keep the peace during the civil unrest in the Twin Cities following the murder of George Floyd.

The Minnesota Army National Guard measures its recruitment numbers during the fiscal year. Looking back, numbers have fluctuated and have been down over the last couple of years.

But as mentioned, during the fiscal year 2022, guard recruiters are off to a great start.

"It goes back to just the recruiters expanding their tools and their kit-bag, how they can recruit and get in front of those individuals," Maj. Chris Bingham, the executive officer for the Minnesota Army National Guard’s Recruiting and Retention Battalion, said about the promising numbers.

Bingham has been in the guard for 19 years. His reason for joining was 9/11.

Now, Bingham is proud to help find others find their reason why.

"The sense of pride and achievement that you’ll feel serving your community, now more than ever, is a strong driving factor and something that should be considered," Bingham said about why someone should think about joining.

Recruiters adjusted during the beginning of the pandemic to reach people. Those strategies included video recruiting classes and creating their own Twitch channel.

Twitch is a video game streaming website, and it gives recruiters a wide reach to a new generation of potential recruits.

"They are usually on social media, Twitch and I do that a lot too," Sgt. Steve Vang, a member of the recruitment battalion for the Minnesota Army National Guard, said.

"I feel like I bring a lot of that to our recruiting battalion and help them out," Vang said about his ability to reach a younger audience.

On top of watching Sgt. Vang plays video games — either live or played back — information is shared about the Army National Guard, and viewers can ask questions. There are also Army National Guard advertisements that play throughout the fed.

The guard plans to continue some of the newer recruitment efforts but is also pleased to get back to more traditional methods – including speaking to high school students in person.

Our National Guard has a couple of unique tools that can help with their in-person events – those include their own Humvees and Polaris M-RZR, both used in combat.

Anderson’s reasons for joining include making new friends and helping his community. He said after seeing what soldiers have had to do over the last 18 months, it’s bolstered his reasons why.

Nelson Anderson is a senior at Monticello High School and recruits with the Minnesota Army National Guard.

"That’s what the army means, helping, sacrificing yourself to help others," Anderson said.

To see if the Army National Guard is right for you, you can start here.