A Minnesota Air National Guard member was presented with the nation’s highest award for aerial achievement at the 133rd Airlift Wing in St. Paul on Saturday afternoon.

Maj. Katie Lunning was presented with the Distinguished Flying Cross Medal for extraordinary achievement during an aerial flight in 2021.

“It was very busy. It was very chaotic. We really just had to focus on our jobs,” Maj. Lunning said.

It was a mission that military officials say took bravery and courage — and Maj. Lunning delivered. 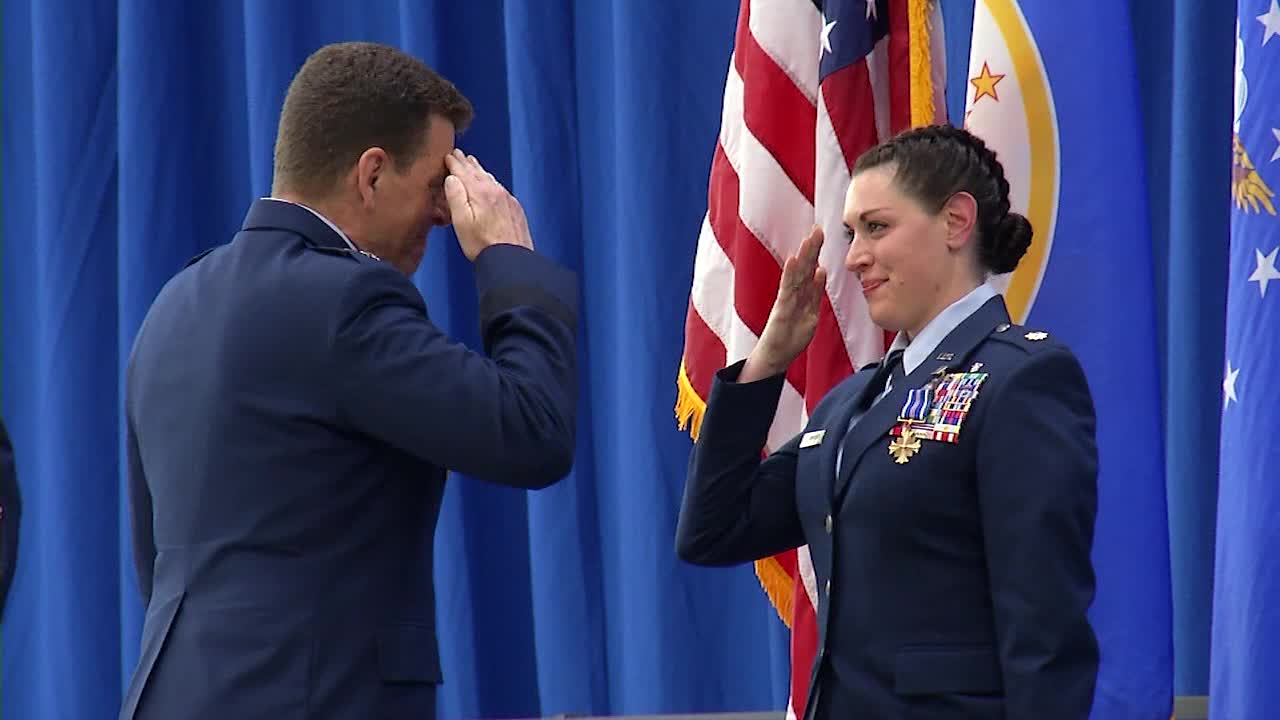 “We kind of came up with a mantra where we would say ‘Scary stuff we can’t control’ and that just helped us really focus because what we can control is doing our jobs,” she said.

Maj. Lunning, flight nurse, performed patient triage and intake for 22 people while they were under fire, before an 8-hour aeromedical evacuation flight to Germany.

Because of her care, those patients who were in critical condition survived.

“Very humbled and just honored that we got to play a part in it,” Maj. Lunning said.

On Saturday, the Minnesota Air National Guard honored Major Lunning for her heroism with a Distinguished Flying Cross medal.

She made history as the first air National Guard flight nurse to receive the award.

At the 133rd Airlift Wing medal presentation, elected officials expressed their gratitude for the major’s efforts.

“These awards are an outward representation that all of us, whether we wear the uniform or not, remember the sacrifice and the risks that go into defending our way of life,” Gov. Tim Walz said.

Over a year later, Maj. Lunning said she still keeps up with the people she saved in Kabul and seeing them live happy lives makes it all worth it.

“I’ve been very grateful to be their silent cheerleader in the background and seeing them with their families because it was worth every ounce of my sleep to see them get home,” Maj. Lunning said.

Maj. Lunning is the 12th United States woman in history to receive this award.