Controversial abortion laws in Texas and Mississippi have stirred action among abortion rights advocates in Minnesota. They’re sounding the alarm about a new bill to be introduced in the Minnesota Legislature they say could restrict the reproductive rights of women.

"We know reproductive rights are on the ballot because Republican state representatives just pledged to introduce a draconian abortion ban in Minnesota during the next state legislative session," DFL Senate Minority Leader Melisa Lopez Franzen said during a virtual news conference with other Democrats and a representative from Planned Parenthood.

Rep. Tim Miller, R-Prinsburg, says his "heartbeat bill" isn’t an attack but rather is aimed at starting a debate on one of the key issues of our time.

"It’s very simple. It says if a heartbeat is detected through an ultrasound, an abortion cannot be performed," Miller told 5 EYEWITNESS NEWS. 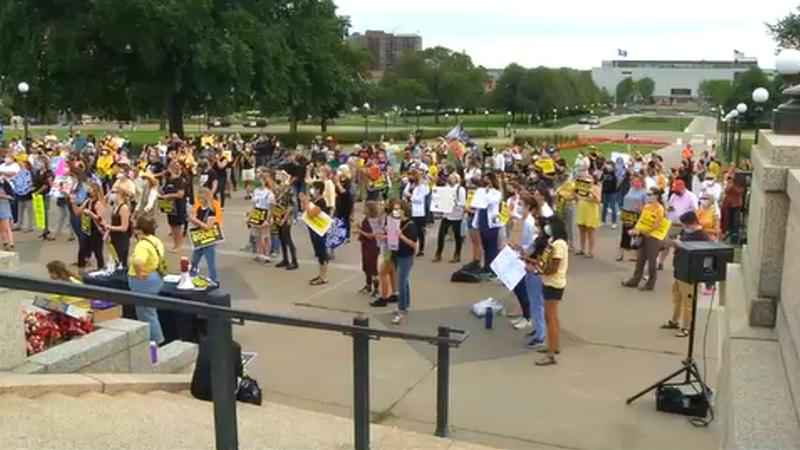 He also criticized Democrats for using his bill as a means to raise money for the 2022 elections.

"My bill brings up the conversation… is that child a human being because they have a heartbeat. Let’s debate the issue, let’s not try and throw a scare into people and say you need to send us money or something bad is going to happen to you," Miller said.

But pro-choice advocates say something bad will happen to women who lose reproductive rights.

"The consequences for women, for Minnesotans, would be dire if we do not regain control of the Senate, hold the House and keep these anti-choice gubernatorial candidates from getting elected," Lt. Governor Peggy Flanagan, DFL-Minnesota, said during the news conference.

The House is controlled by Democrats and the Senate by Republicans, but there are some anti-abortion Democrats in both chambers. However, Gov. Tim Walz vows to veto any bill that further restricts abortion in Minnesota. He’s up for re-election in 2022.