Leaders of the Minneapolis School District say they have no more money to offer as teachers continue to picket outside schools.

Wednesday marks the ninth day of the strike, and students have been out of the classroom for more than a week.

Teachers are planning to hold a rally outside Minneapolis City Hall Wednesday morning as the district and union leaders continue to work on making a deal.

The struggle between the union and the district seems to be at a standstill because of money. 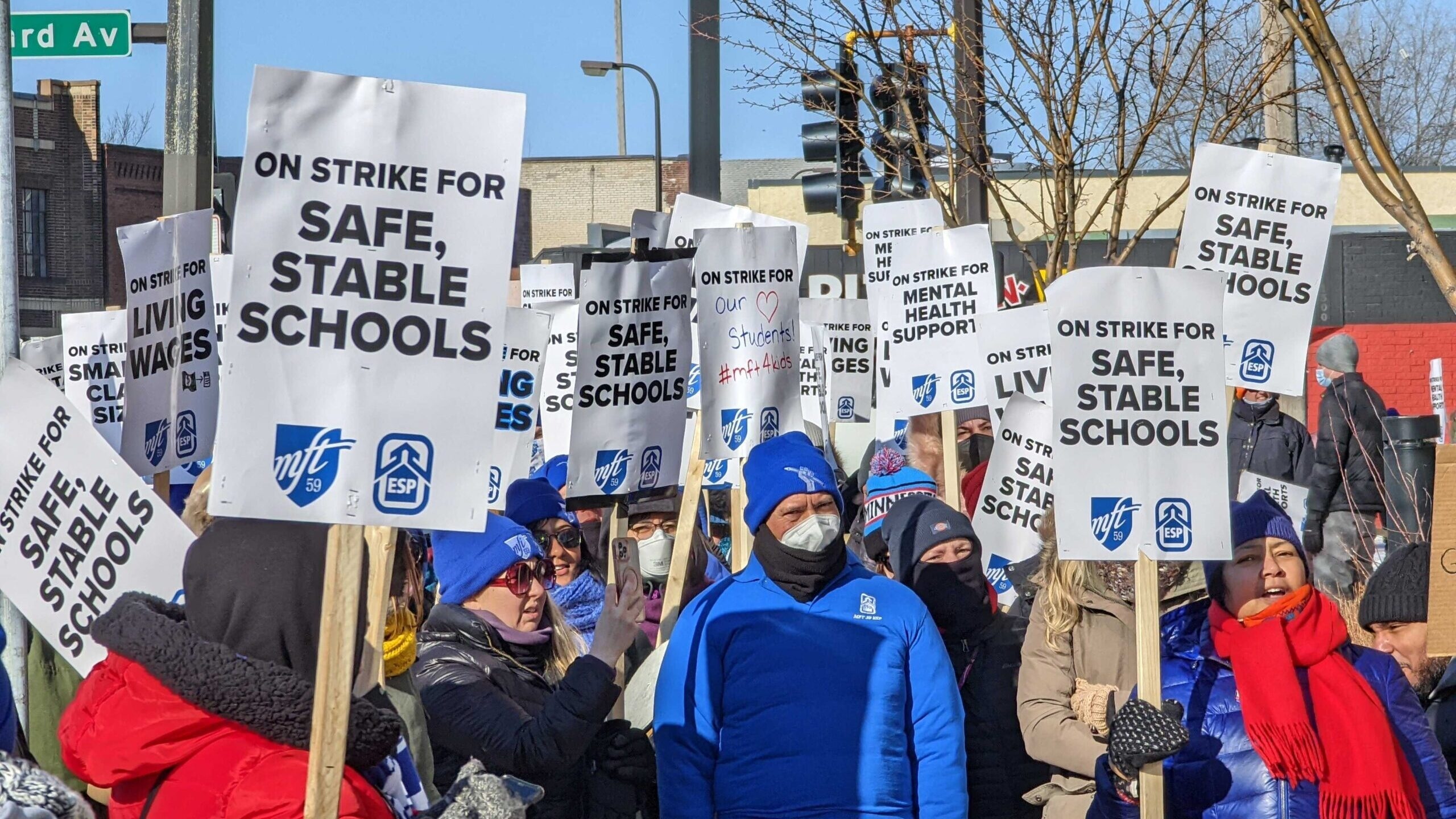 “This is not just about a raise,” said Greta Callahan, President of the Teachers Chapter of the Minneapolis Federation of Teachers. “This is about dignity. This is about respect. This is about treating those that are closest to the students with the respect and the love that they deserve and that they give to our students every single day.”

The school district hasn’t sent back a counter to the union since this past weekend because they say they can’t afford to.

“While MFT would like a counter-proposal from PMS, we do not have the finances to expand our contract proposal,” said Kimberly Caprini, treasurer for Minneapolis Public Schools.

Aaron Sojourner, a Labor Economist at the University of Minnesota, says dramatic rises in wages and post-pandemic inflation have a lot of people contemplating changes at work. 5 EYEWITNESS NEWS also asked Sojourner how often strikes are successful.

“Sometimes, it doesn’t work, sometimes it does, it comes down to specifics but it is certainly easier to get what you want when demand is shared by a bigger group,” said Sojourner.

According to the union, picketing will be held from 7:30-10 a.m. Wednesday throughout the district. An update on negotiations is tentatively scheduled for 7 p.m. at the MPS Davis Center, however exact timing will be confirmed later Wednesday.

A rally is also scheduled for 4 p.m. outside of City Hall, which will be followed by a rally.

The Minneapolis NAACP held a news conference Wednesday regarding the teachers strike. View below: