Next week, teachers in two of the state’s largest districts could walk off the job.

Unions representing teachers in both Minneapolis and St. Paul have set a strike date for Tuesday unless they and district officials can come to a contract agreement.

The unions have been asking for higher wages, smaller classes and more mental health support.

District officials have said they share those priorities but that they can’t spend money they don’t have.

If the strike does happen, it means no school for students as early as Tuesday. 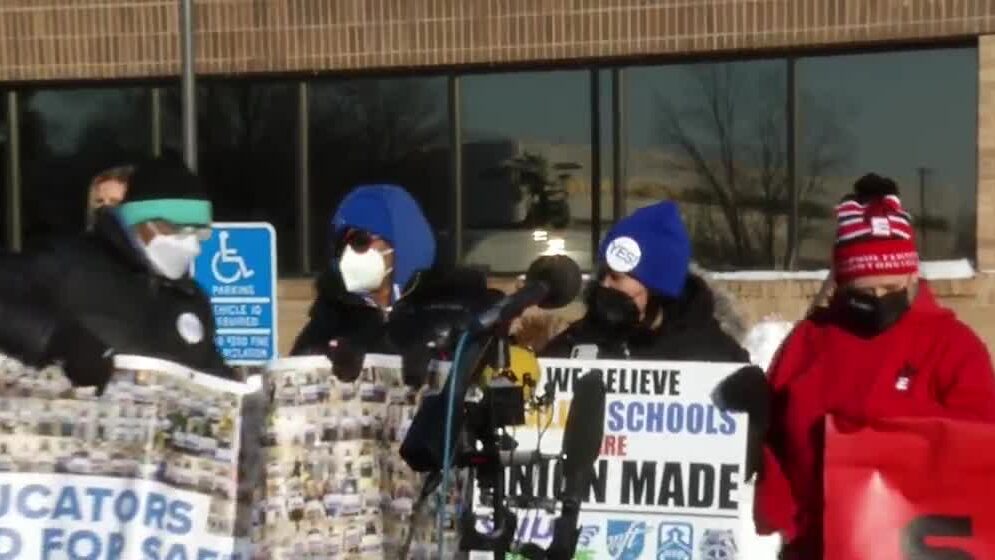 In Minneapolis, district officials say they are making plans to provide care for students in pre-K through fifth grade for parents who can’t find other childcare.

They say there will be extremely limited openings at a few schools.

In St. Paul, district officials say there won’t be childcare the first day of the strike. There is an exception for Discovery Club for pre-registered families.

Wednesday, childcare services will open at most elementary schools for students in pre-K through fifth grade.

District officials warn space will be limited based on staffing.

Officials in both districts say they’ll continue to provide meals if there is a strike.

Additionally, varsity sports will still go on at schools.

District officials are reminding families that if multiple days of school are canceled, time would need to be made up either during spring or summer breaks.