A record number of Minneapolis residents have voted early in one of the city’s most significant elections.

A three-year resident of the city, Mattlin is in favor of ballot Question 2. If it passes, the Minneapolis Police Department would dissolve and a Department of Public Safety would replace it.

"That is another reason I wanted to make sure I didn’t miss this election, no matter what," Mattlin said. 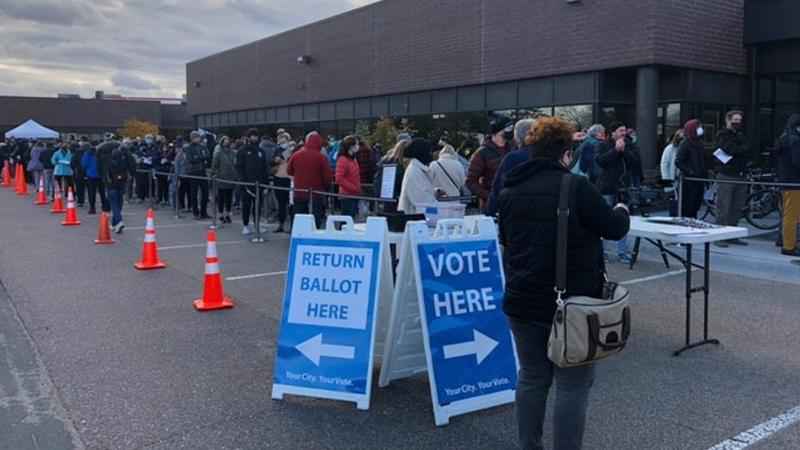 On top of that, Minneapolis voters will decide who the next mayor will be, and all 13 city council seats are up for grabs.

Many more people will head to their polling location on Tuesday. Click here to find your polling place. Polls are open from 7 a.m. to 8 p.m. People who have already filled out a ballot and need to drop them off must do so by 3 p.m.

Full coverage, including an explanation of how ranked-choice voting works, can be found here.