While students are back in the classroom at Minneapolis Public Schools, not everyone is happy with the extended days that are making up for lost time.

There were some tense moments Tuesday evening, where a group of upset students interrupted the school board meeting to raise issues as board members voted on the plan to make up lost class time by a vote of 5-2.

The frustration over the last few weeks boiled over at the meeting, as students took over with megaphones and chanted “our schools.”

Several minutes later, the students were still yelling and chanting at the school board. 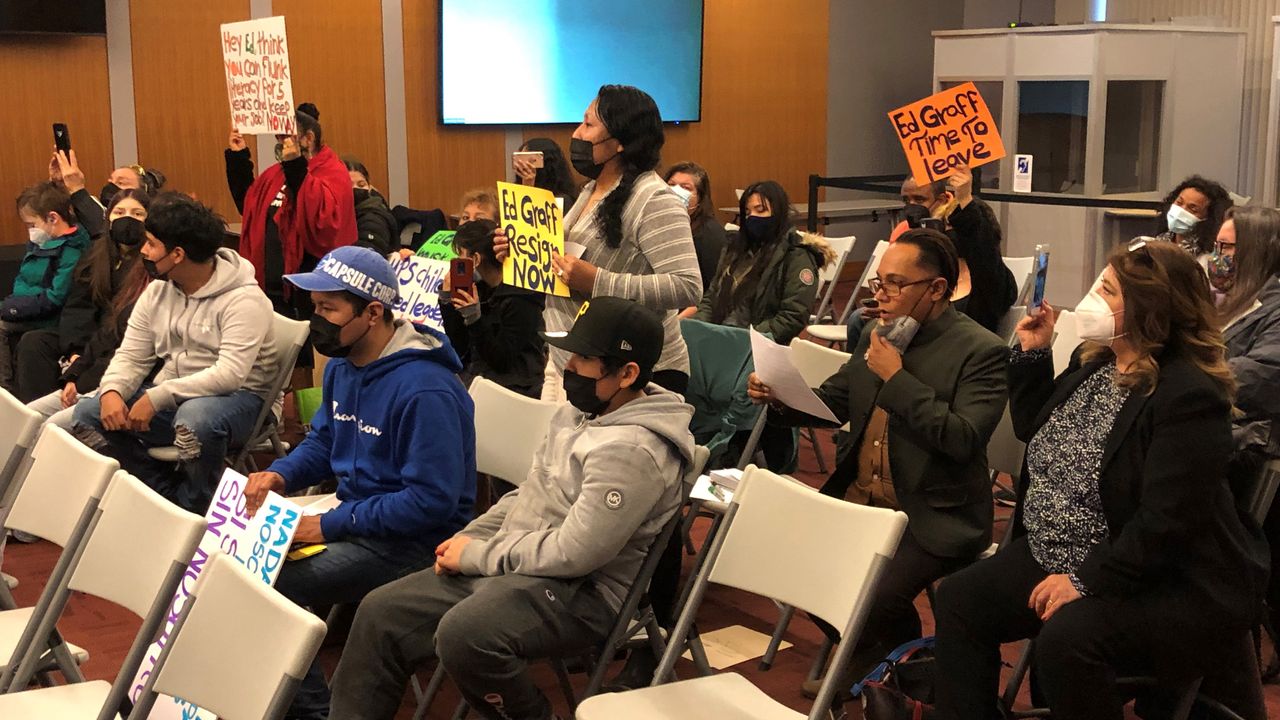 Many parents and students at the meeting pushed the board to vote no on extending the school year.

Some argue not enough time has been given for public feedback, while others say extending class time will impact internships and other plans outside of school.

Despite that, board members did decide to extend the school year, with the last day of school pushed back to June 24th. As 5 EYEWITNESS NEWS has previously reported, the plan also calls for school days to be 42 minutes longer starting after spring break, on April 11.

“I’m one of thousands of parents who are gonna have to make a sacrifice, and we’ve made plenty of sacrifices on the north side,” said Caprini. “Plenty of sacrifices. I refuse to make sacrifices for someone’s education. Just so that I can have the extra three weeks with my daughter.”

If MPS falls behind the state’s minimum instructional days and hours, the school board’s lawyer says there are both criminal and financial penalties.

Students returned to class Tuesday for the first time in three weeks after members of the Minneapolis Federation of Teachers voted over the weekend to ratify a tentative contract agreement, which was reached early Friday morning.