A new program aimed at helping more Black students graduate from high school in Minneapolis will start on Monday.

"We try to figure out the best way to scoop them up and get them over the finish line," said Nafeesah Muhammad, an English teacher at Henry High School in Minneapolis.

She’s on a mission to help seniors who didn’t graduate with their 2021 classmates this year.

"It was roughly 230 Black students, if not more, that did not graduate this year," she said.

With educator and activist colleagues, this teacher launched an alternative to traditional summer school called "We Win When Black Students Graduate." 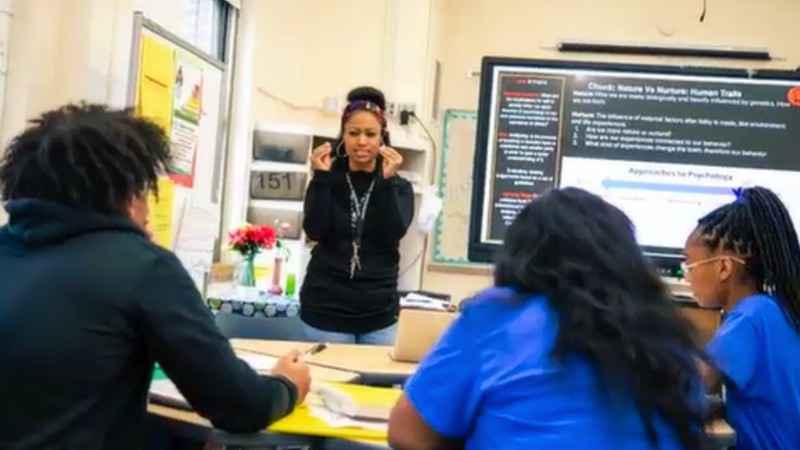 The four-week free program kicks off Monday morning at Edison High School in Minneapolis, helping students close to graduating, and those further behind, earn credits.

"If a student is out there thinking there is no way they will graduate or have given up hope, this is a time to elevate that hope and come and see if you can get to the finish line," Muhammad said.

The Office of Black Student Achievement has been recruiting students for the last week.

"They are excited about another opportunity that is different than what usual summer school is," said Shamaria Jordan with Minneapolis Public Schools.

She says even parents outside the Minneapolis School District have inquired about it.

"There were some parents who reached out to me wanting to know if their children could attend even though they are not part of MPS, so it’s very interesting to see other parents from other districts desire to have this program as well," Jordan said.

Muhammad hopes the program will evolve into year-long learning during the school year, and not just be a summer initiative.

"I am hopeful and I think the students and parents are hopeful as well," Muhammad said.

The program can take up to 70 students, but educators say they would never turn away any student if there was interest.

You can register and get more information by contacting the Minneapolis Public Schools Office of Black Student Achievement, or by emailing shamaria.jordan@mpls.k12.mn.us or calling 612-578-8992.