Over the summer, the district approved $27 million in cuts. District officials said the budget shortfall comes from new staff contracts, loss in enrollment and less funding.

Some South High School dance students are worried the budget cuts will impact their learning experience in the arts programs.

“I feel like my whole body takes over. Honestly, dancing is like one of my favorite things to do,” Jade Masiee-Albers, South High School sophomore, said.

Masiee-Albers steps on stage and into a different world. 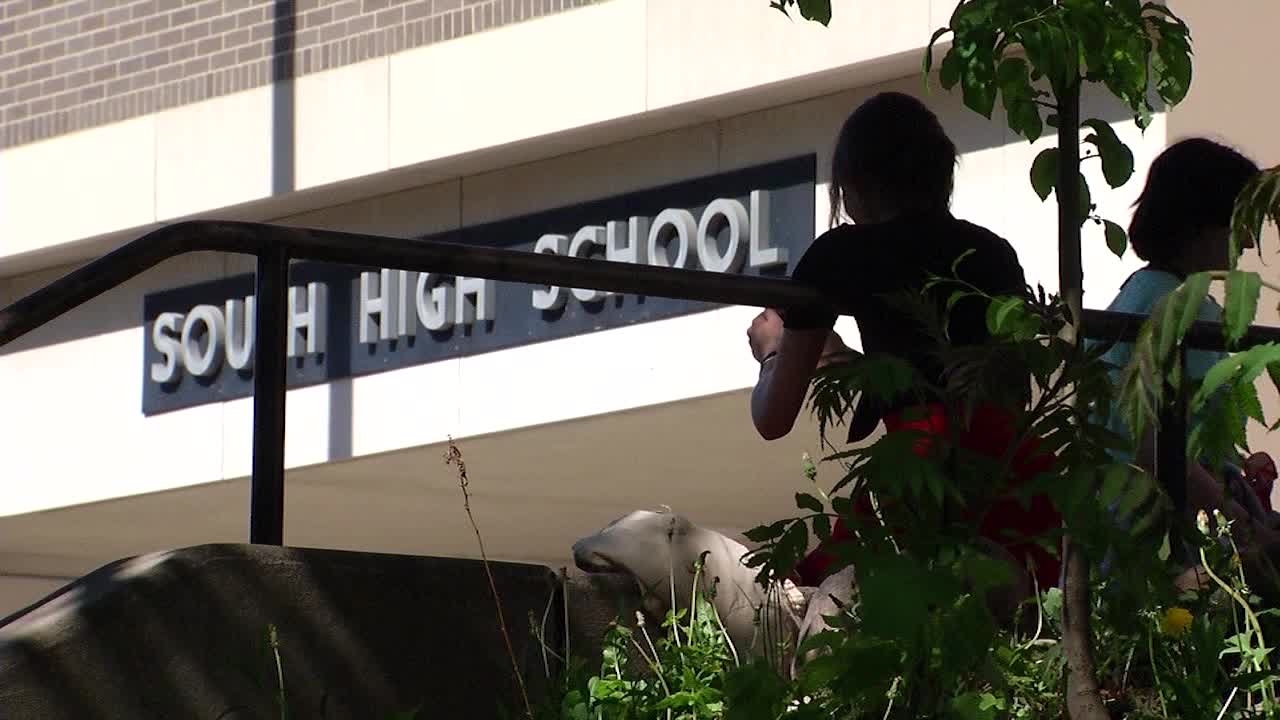 The exterior of South High School in Minneapolis is shown on Wednesday, Aug. 31, 2022. Minneapolis Public Schools is dealing with a budget shortfall, and staff cuts are expected to affect arts programs like band and dance at South. (KSTP)

“I just forget about everything else. I just focus on the movements and it’s just such a powerful thing for me,” she said.

Last year, she joined the dance program at South High School, but stepping into her sophomore year, she’ll have to fall into a new rhythm.

“Now classes are going to be a lot more full. So there’s going to be less time to collaborate directly with my teacher,” she said. “Plus it will make it really hard for everyone who wants to do dance to actually get into the class in the first place.”

According to Minneapolis Public Schools, enrollment in the dance program at South High School is less than 100 students for the school year. As a result, the district is cutting about 3 hours of dance per day.

Budget cuts are based on student interest and enrollment, according to MPS.

In South High Schools’ band department, one full-time employee is being dropped from the program to cut costs.

“That spirit of collaboration is something that we are really proud of at South and to lose a colleague and an office partner is something I’m personally very sad about,” Sophia Butler, South High School Orchestra and band teacher, said in a phone interview.

Last year, Butler said band was offered five periods per day, but it dropped to three this year.

“Some students aren’t able to fit band or orchestra in their schedule because of the limited hours that is offered during the day,” Butler explained.

Butler mentioned arts programming is what drives some students to come to school daily.

Butler and students said arts programs push for creativity and create an outlet you can’t find in a typical classroom.