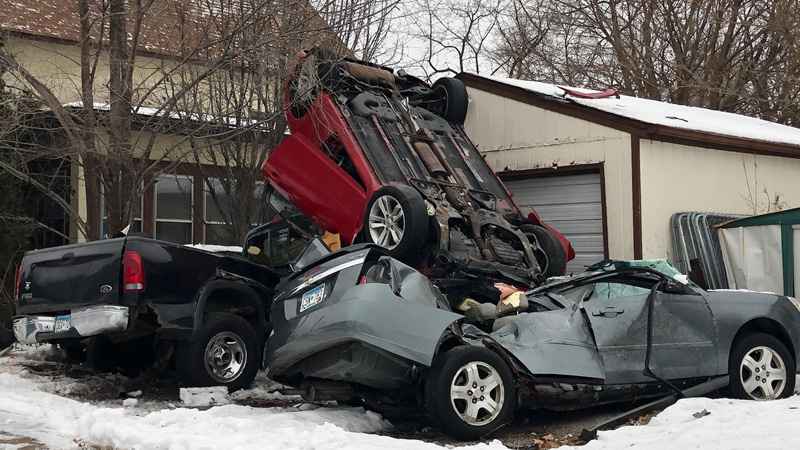 Police in Minneapolis are investigating a crash that happened Monday morning.

According to Minneapolis police, officers responded to a reported crash at 8:34 a.m. and found a red Nissan car flipped on top of two parked vehicles.

Police believe the Nissan was traveling at a high rate of speed at about 2:30 a.m. when it hit an icy area, lost control and became airborne.

The occupants of the Nissan fled the scene.