UPDATE 8 a.m. – Police say a man who was found unresponsive following a shooting late Tuesday night in Minneapolis has now died from his injuries.

According to Minneapolis police, officers were called to the city’s Whittier neighborhood at 29th Street West and Nicollet Avenue for a report of gunfire shortly before 10:30 p.m.

When officers arrived, they found an unresponsive man in a tent who had potentially life-threatening injuries from gunshots.

Although he was hospitalized, police say he died at Hennepin Health.

The man’s death is the 54th to be investigated as a homicide within Minneapolis this year. 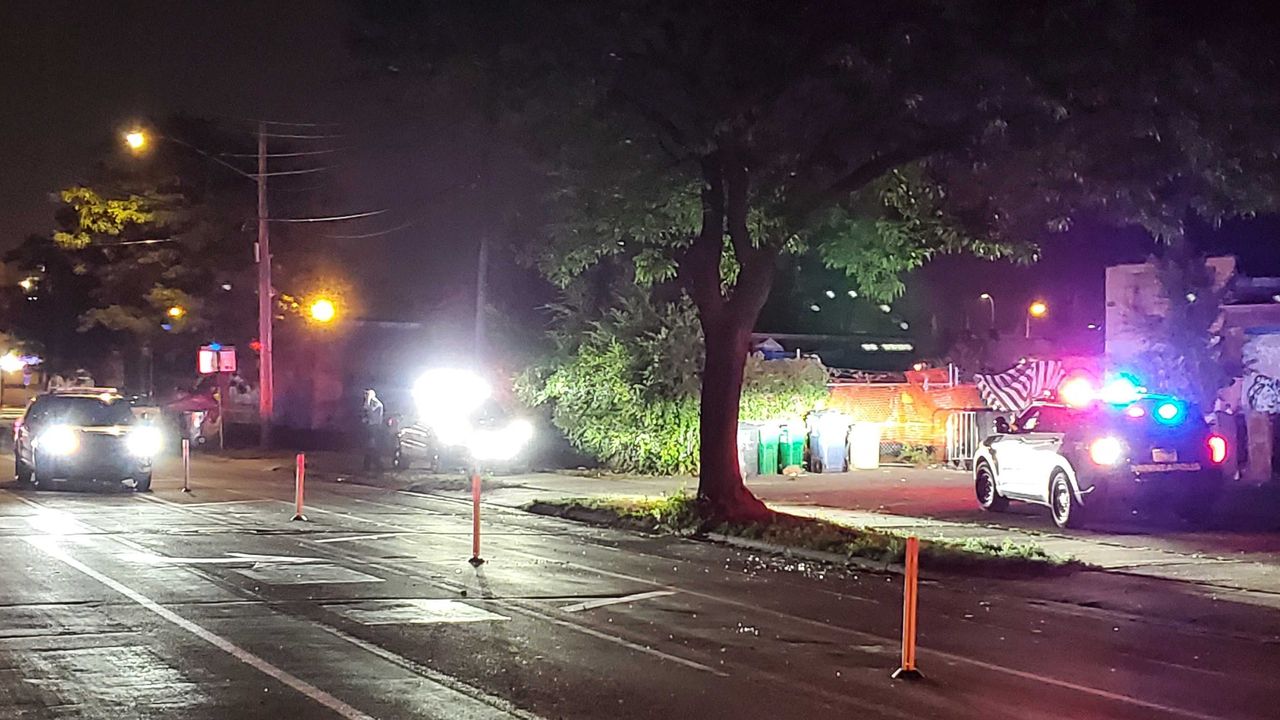 One man is injured following a late-night shooting in the Whittier neighborhood of Minneapolis. Credit: Erik Rognerud/KSTP

Police say no one in the area saw who shot the man.

Detectives are still working to determine what led up to the shooting.

If you have information about the shooting, you’re asked to call CrimeStoppers at 1-800-222-TIPS, or CLICK HERE.

INITIAL REPORT 6 a.m. – A man is recovering from what Minneapolis police say are potentially life-threatening injuries following a shooting late Tuesday night in the Whittier neighborhood.

According to police, officers were called to the area of 29th Street West and Nicollet Avenue for a report of shots fired shortly before 10:30 p.m.

When they arrived, they found a man who was unresponsive inside a tent, and began giving him aid.

He was then taken to Hennepin Health for his injuries.

Police say people in the area didn’t see who was shooting. No one is in custody at this time.

Police are continuing to investigate the incident.