Minneapolis Mayor Jacob Frey said the city has collectively experienced a "barrage of trauma" in the last year, acknowledging the toll it’s taken on members of the Black community in the city.

"I think it’s on all of us to not just acknowledge it, but then to course correct," Frey said in an interview on the eve of the one-year anniversary of George Floyd’s death.

Floyd, a Black man, died in Minneapolis police custody after former police officer Derek Chauvin knelt on his neck for more than nine minutes. Video of the encounter taken by a bystander went viral and sparked days of protests and unrest across the country. It launched a movement toward racial justice and equity around the world. 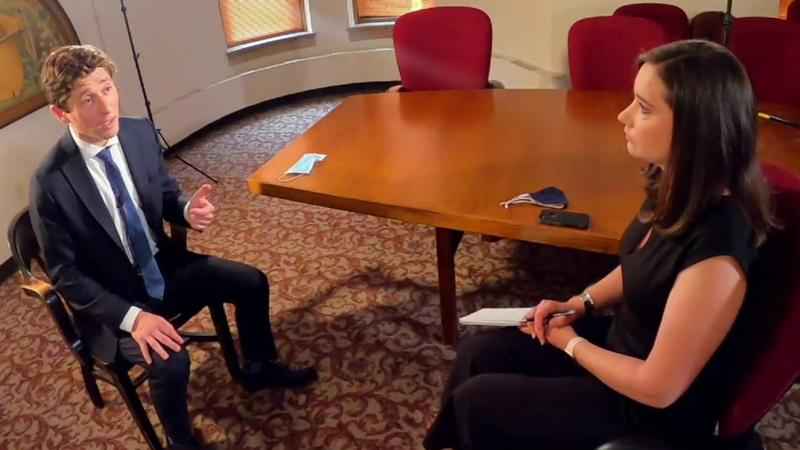 "We don’t need to break the work of police and law enforcement down in order to build these other very important programs up," Frey said.

Frey said the city lost nearly a third of its police officers in the last year. The departures have affected the department’s ability to respond to increases in shootings around the city and has forced the city to ask other law enforcement agencies for help.

"You need law enforcement," Frey said "We need a department that’s able to investigate these horrible crimes to make sure that the perpetrators that have shot kids are brought to justice."

Moving forward, the mayor said he’s looking toward specific changes in policies that would help the Black community, focusing on economic inclusion and continued police reform.

Frey spoke one-on-one with 5 EYEWITNESS NEWS reporter Kirsten Swanson on the eve of the anniversary of George Floyd’s death. The following clip below is the full-length video of their conversation: