Minneapolis mayor introduces plan for dealing with uptick in violence

Minneapolis Mayor Jacob Frey introduced his plan for dealing with a significant uptick in violence in the city during a news conference Monday.

"We’re standing here with a very clear message and that message is: the status quo cannot prevail," Frey said.

The announcement came after a deadly weekend in Minneapolis. Police said one person was killed and 12 others were hurt in multiple shootings. A 9-year-old girl was among the victims hospitalized in critical condition.

"Enough is enough. Something has to give and we’re not going to get anything done unless we do it together," said Jalilia Brown, a pastor at Shiloh Temple who also spoke during Monday’s news conference. 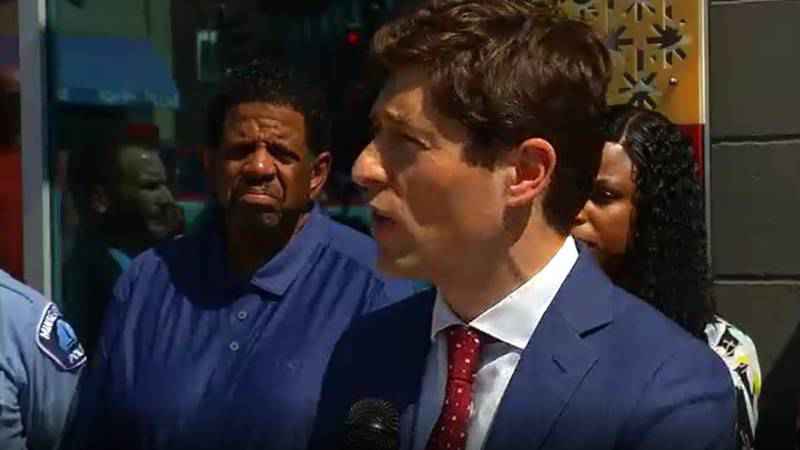 Minneapolis Police Department said there have been 27 homicides in the city so far in 2021, the highest number in more than a decade for this point in the year.

Frey said his new model for community safety would focus on four priorities: a summer safety response, targeted resources and investment, an accountability and culture shift within Minneapolis Police Department, and ‘safety beyond policing,’ which he said would include alternative responses to violence.

The plan involves bringing in federal partners to help investigate gun crimes, creating a task force to focus on violent "hot spots" and putting millions of dollars into a "safety fund" for community partners.

The mayor said that fund would help develop and implement targeted safety solutions, such as community-based and trained safety specialists who are specifically trained in de-escalation, mediation, conflict resolution and other non-violent methods.

Minneapolis Police Chief Medaria Arradondo said addressing violent crime in the city will be ‘daunting and challenging’ heading into the summer, when violent crime tends to skyrocket.

He noted his department is down by about a third of its officers.

"We are going to leverage and bring to bear all the intelligence assets, all the other resources we can to keep our city safe," he said. "But we’ve got to do this together."

He also said police are just one part of the safety "ecosystem" and each branch needs to do its part to help cut down on the violence.

"To our judges, I beg you to reexamine when you are releasing violent individuals back into our communities. There’s a price that we all pay for that," Arradondo said.

The mayor said funding some of these new initiatives is possible thanks to millions of dollars Minneapolis is set to receive from the American Rescue Plan.