RCSO said it was assisted in making the arrest by Hopkins Police, Minnetonka Police, FBI, ATF and the Hennepin County Sheriff’s Office.

Foster was booked into the Hennepin County Jail.

An alleged carjacker is on the loose after skipping his court date and cutting off his electric bracelet monitor.

Quam, against the wishes of the Hennepin County Attorney’s Office, sent Foster home on electric bracelet monitoring until his scheduled sentencing July 1. But investigators said Foster cut off his electric monitoring bracelet and did not appear for his sentencing before Judge Quam and there is now a warrant out for his arrest. 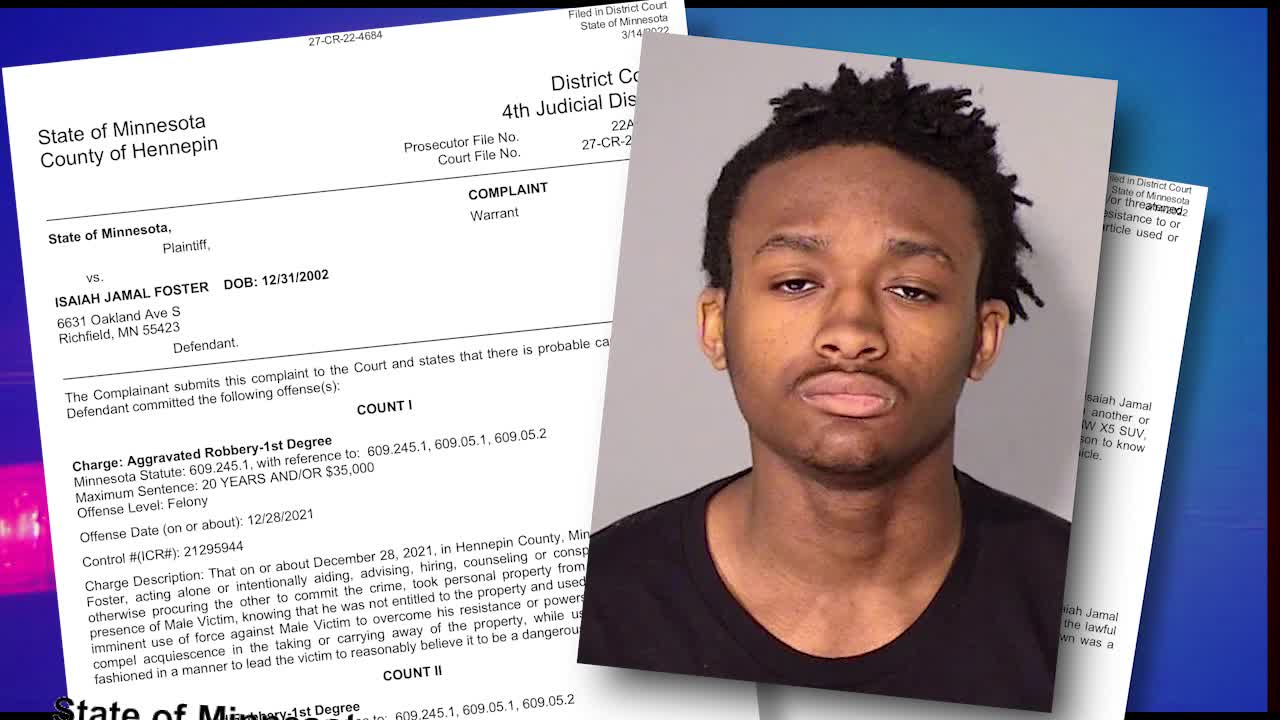 Police are still searching for Isaiah Foster after he skipped his court date and reportedly cut off his electronic monitoring device (Booking photo from Hennepin County Jail).

The husband of one of Foster’s carjacking victims told 5 EYEWITNESS NEWS his family has been traumatized since the day Foster was accused of robbing his wife at gunpoint while their young daughter sat in the family car.

Ramsey County Sheriff, Bob Fletcher, told 5 EYEWITNESS NEWS one of his deputies arrested Foster for one of the carjackings and expressed frustration at his release prior to sentencing.

“Foster had been in jail pending the trial and all through the process, all he had to do was be held another two weeks and everybody would be safe,” said Fletcher. “Instead we have a known carjacker, on the loose, we don’t know where he is and we have not found him.”

The Hennepin County Attorney’s Office, which charged Foster, declined an on-camera interview, but a spokesperson issued the following statement:

“The Hennepin County Attorney’s Office objected to Foster being released to electronic home monitoring (EHM) because of the armed robberies he had committed and out of concern that he would not return for sentencing. We will work with law enforcement to attempt to locate Foster and when found, ask that he be held in custody up and until sentencing, where he is expected to receive at least a 68-month prison sentence.”