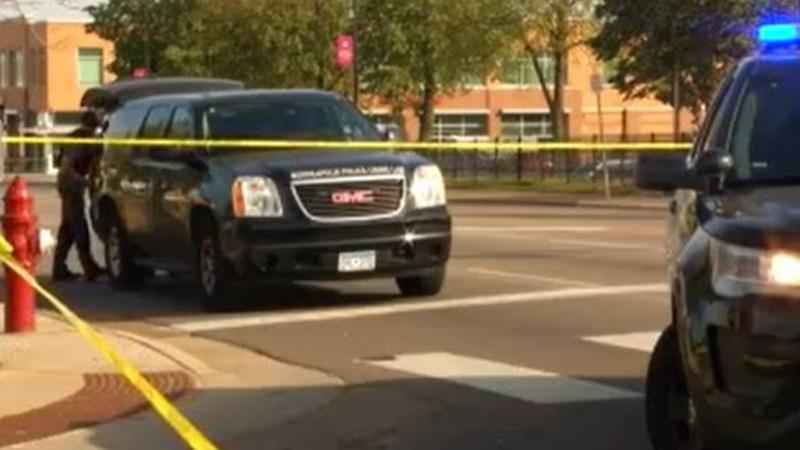 A Minneapolis man has been charged with criminal vehicular homicide in connection with a hit-and-run crash that killed a woman on a motorized wheelchair Monday.

The crash happened at about 2:26 p.m. Monday when a Jeep Grand Cherokee hit the woman near North Aldrich Avenue and West Broadway Avenue.

The woman was thrown about 50 feet from the collision, police said. First responders rendered aid and took the woman to a hospital, where she was pronounced dead.

After the woman was found in the intersection, several witnesses told police the woman had been crossing in the crosswalk when the Jeep driver ran a red light and reportedly hit her. Witnesses said the driver didn’t stop and continued to drive away from the scene.

Officers reviewed surveillance video from the scene, which reportedly showed the woman crossing Aldrich Avenue North via the crosswalk. The woman had the right of way, surveillance video showed. As the woman was crossing, the Jeep could be seen running a red light and crashing into the woman before continuing down Broadway Avenue without stopping.

Officers reviewed Department of Vehicle Services records to match the vehicle license plate information. Officers determined Bendson owned the Jeep and matched his description with the description provided by witnesses at the scene.

Additionally, officers discovered an unrelated call from Sunday in which witnesses reported Bendson appeared to have been high on methamphetamine while driving the Jeep.

"(Bendson) is a known methamphetamine user," the complaint states.

Early Tuesday morning, Minnesota State Patrol troopers found the Jeep in the Highway 100 median in Brooklyn Park. Troopers said it appeared the vehicle had crashed and the interior had been set on fire. Troopers reported it appeared the driver had left the scene prior to their arrival.

Later Tuesday, St. Anthony police officers received a report of a suspicious person in an alley behind a business. Officers responded and found Bendson in a reported stolen vehicle. He was arrested.

Bendson is expected to make a court appearance Friday afternoon.