A Minnesota tradition is back. The 45th Grandma’s Marathon is happening on Saturday following a virtual event last year. Runners and spectators have been gathering in Duluth in the days leading up to the event.

“I’m looking forward to being back,” said James Kirkham, who will be competing in the race.

Kirkham, who is 69 years old, has run nearly every Grandma’s Marathon since it started in 1977. He missed the first one but signed up in 1978 after encouragement from his mom.

“They had a virtual [race] last year, which I missed but otherwise, since ‘78, I really only missed one marathon to be in a friend’s wedding on the same day in a remote part of Minnesota,” he said.

His memories are compiled in a thick scrapbook made by his mother to celebrate his accomplishments. Pictures capture Kirkham crossing the finish line, enjoying the annual pasta dinner and celebrating after the race with his family over the years. 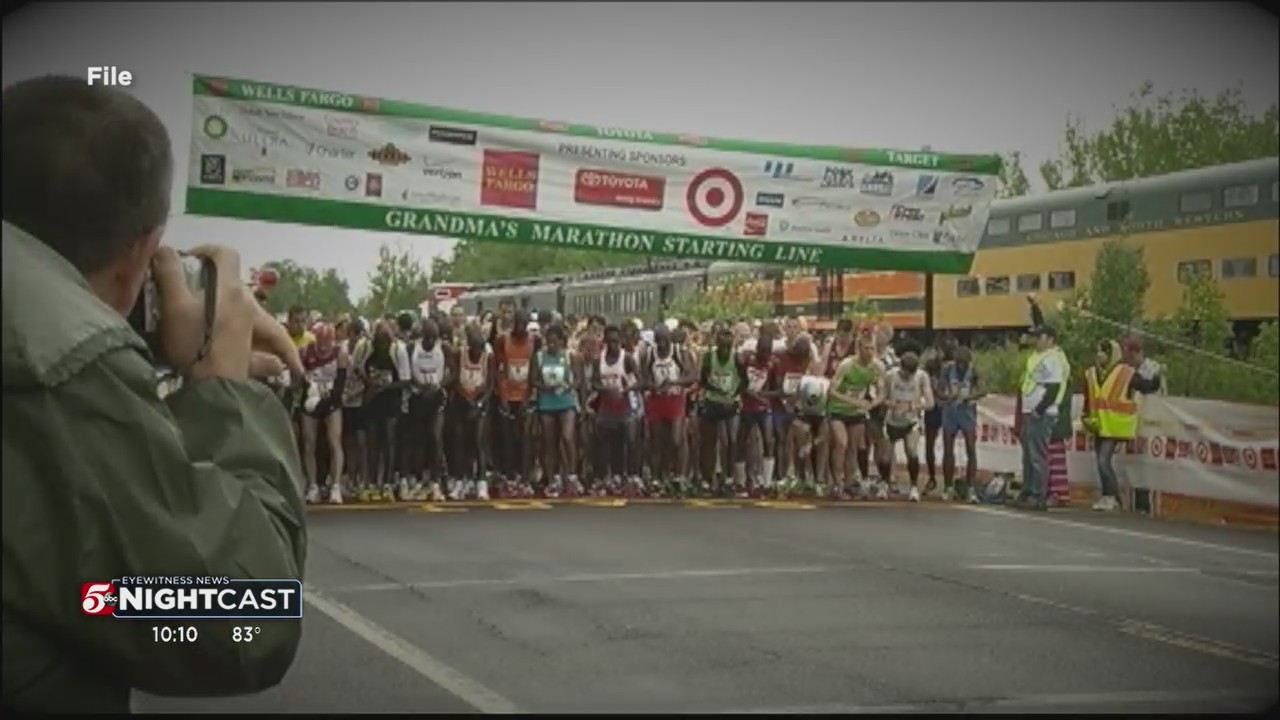 “It’s just fun,” Kirkham said. “At my age, there’s not that many people that can run a marathon, whose knees and ankles and hips work. I got lucky, I got really lucky. I’ve just been a lucky person.”

His 41 Grandma’s Marathons are an incredible feat, which propelled him through difficult years.

In 2006, he was running around Bde Maka Ska when he had to stop to catch his breath. He says he had purple spots on his body.

“I assumed that I had a virus infection but the not being able to catch my breath was totally unlike me so I went in and had my blood drawn,” Kirkham said. “Turned out I had a disease called aplastic anemia, which means all of your cell lines the ones that carry oxygen, the ones that clot your blood and fight infection, all the cell lines were disappearing.”

His doctors told him he also had myelodysplastic syndrome.

Kirkham, who is a radiologist, explained at that point he was in a pre-leukemic state.

“They fully expected I would turn into acute myelogenous leukemia,” Kirkham said. “They thought maybe fairly fast and here that was 2006.”

He underwent years of treatment, which included infusions.

“It destroys all of your cells, it’s like rebooting a computer,” Kirkham said. “Sometimes it reboots up with good cells and that’s what happened to me, I was very fortunate.”

Every year, he still trained for the marathon and showed up for the race in Duluth.

In March 2020, he was finally diagnosed with leukemia. Kirkham started outpatient chemotherapy while they looked for a bone marrow donor.

“First, they had to get me into remission,” he explained. “After they got me in remission, you go inpatient and for the first seven days they give you chemotherapy and total body radiation to kill off your cells. And then they introduce the bone marrow from the donor and then you hope it takes.”

He received the transplant on July 13, 2020. The donation was from a 23-year old that Kirkham doesn’t know. After the one-year mark, he’ll have the chance to meet the donor.

“I probably wouldn’t be sitting here right now and I certainly wouldn’t be running a marathon if a donor hadn’t stepped forward someplace in the United States,” he said.

While he was in the hospital, Kirkham flipped through the pages of his scrapbook. Each marathon memory gave him strength.

“Suffering through marathons and the end of marathons I think set me up for doing very well in this process,” he said. “When you’re in there and you have five IVs going and you’re pushing those IVs back and forth in a room, you’re suffering but I’d already done that so I could just flip a page, move to the next year and remind myself that you know, you suffer and you don’t feel like going on but you go because you know what? There is a finish. That’s where I’m at, right now I’m completely healthy.”

He’s slowly built up his endurance to prepare for this year’s marathon. Each run has kept him moving forward, as it’s done for so many years.

“It gives you something you’re shooting for. I always assumed I was going to survive and that everything would be okay eventually so I’d make it to that next marathon,” Kirkham said. “It’s an incredible story, I was so lucky and lucky again.”

Kirkham hopes he can inspire those who are currently battling cancer. He’s also encouraging others to sign up for Be The Match, which connects people to bone marrow donors.

“If someone out there wants to get on the Be The Match list and save someone’s life, most likely you’ll never be called but if you are called there is a chance you could send a person to the finish of a marathon,” Kirkham said.