It may be cold and snowy outside, but lifeguard training is underway at the Phillips Aquatic Center this week amid a large need for lifeguards.

For Naima Machado, it’s a class she thought she may never take.

“I have, like, no swimming history at all,” Machado said. “I was really nervous because [for] one of the preliminary tests, we have to do 300 meters swimming, and I was so nervous, but I passed it.”

She may not realize just how valuable her new certification will be.

“I think it’s cool,” she said. “It’s really nice to know that you’re doing something important that could save someone’s life.” 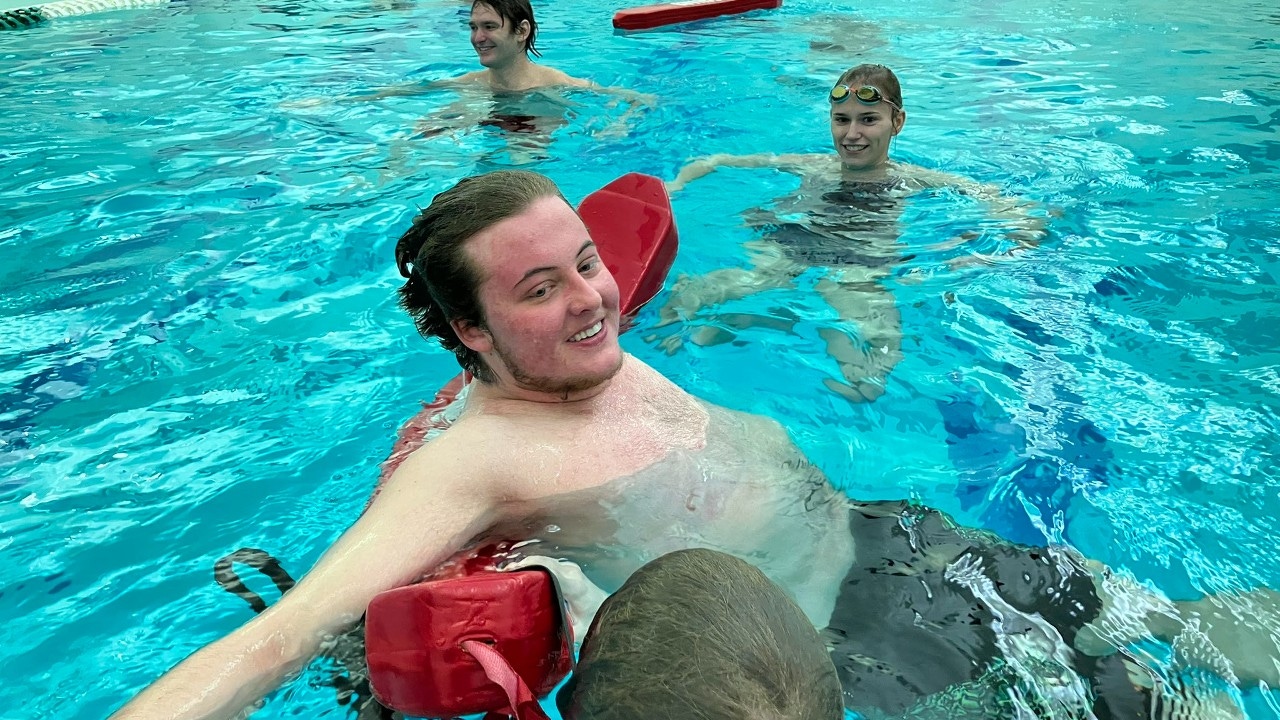 A trainee participates in a lifeguard training class Wednesday, Dec. 28, 2022, at the Phillips Aquatic Center in Minneapolis. (KSTP)

Not only could she save someone’s life, but she could also soon help fill a big need in the Twin Cities.

According to the American Lifeguard Association, about one-third of public pools nationwide were shut down or had limited hours last summer due to a lifeguard shortage during the pandemic. Minneapolis was no exception.

“We were staffing two of our eight beaches, so we had six beaches that were unfortunately unguarded,” said Matthew Peckham, a lifeguard with the Minneapolis Park and Recreation Board. “We’d like to have Phillips Aquatic Center open seven days a week, we were open for limited hours two days a week last summer.”

Peckham said the city is trying to get on top of the issue early this year. Thanks to a recent city change in youth activity fees, the parks department is now offering free lifeguard training classes to Minneapolis residents 17 years and under.

“Might not seem that way when it was so cold these last few days, but summer is on the way in our minds,” Peckham said.

He said the last two winter trainings are booked up, and he’s now hopeful more pools will be able to open this summer.

“The more guards that we in Minneapolis and the surrounding communities around the metro can have, the safer everyone can feel when they go out swimming,” he said.

“I think it’s a great time to start right now because they need lifeguards, so there’s a good chance I’ll get hired, and, you know, it’s the right time,” Machado said.

The Minneapolis Park and Recreation Board said it plans to add more classes this spring.