Alexander sworn in as first Commissioner of Community Safety in Minneapolis

Minneapolis officially has its first Commissioner of Community Safety.

Cedric Alexander, who was sworn into the position at 8:30 a.m. Monday morning, will try to stem violence in the city.

In the brand-new role, Alexander will officially oversee the police and fire departments, 911, and the offices of Emergency Management and Neighborhood Safety.

As previously reported last week, he received eight votes from the 13 city council members to solidify his position.

Alexander brings in decades of law enforcement experience from around the country and says one of his first priorities is to tackle the rise in violent crime, working with the five emergency department leaders to do so. 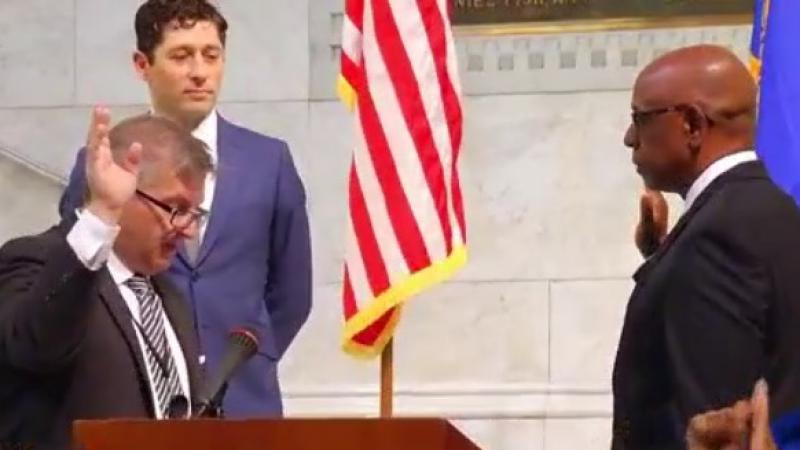 Cedric Alexander is sworn in as the first Commissioner of Community Safety in Minneapolis on Monday, Aug. 8, 2022. Credit: KSTP

After he was sworn in to the position, Alexander addressed community members.

“Let me first say to this community, I need your help. Our public safety entities need your help, from police to fire to emergency management to 911- we all now have to join arms together. The separation in the issues around who is on first and who is on second now really has come to a screeching halt. We have to do this together,” said Alexander.

“You have a beautiful, dynamic city that I am new to. Many of you have been here for years, and you have grown up in this community and you have loved this community. And in spite of the challenges, it has around public safety, that has brought us to this very moment today. We have an opportunity to show the citizens in this community and across this country – and around the globe – that the city of Minneapolis, Minnesota can be one of the safest cities in the country,” Alexander continued.

He has many challenges ahead – especially when it comes to officer and 911 staffing – but he believes the community will come together to help turn things around.

Alexander will make $300,000 a year, making him one of the highest paid city employees.

You can watch the swearing-in ceremony in the video player above.