Minneapolis city leaders appear divided over how to handle growing violence in the city.

There have been 27 homicides in Minneapolis so far this year, the highest in more than a decade, according to crime statistics from the Minneapolis Police Department.

Police said three children have also been shot in Minneapolis in just the last two weeks. The latest was a 6-year-old girl struck by gunfire while riding in a car Monday night.

Mayor Jacob Frey laid out a summer safety plan Monday that would involve bringing in federal partners to help investigate gun crimes, create a task force to focus on violent "hot spots" and put millions of dollars into a ‘safety fund’ for community partners. 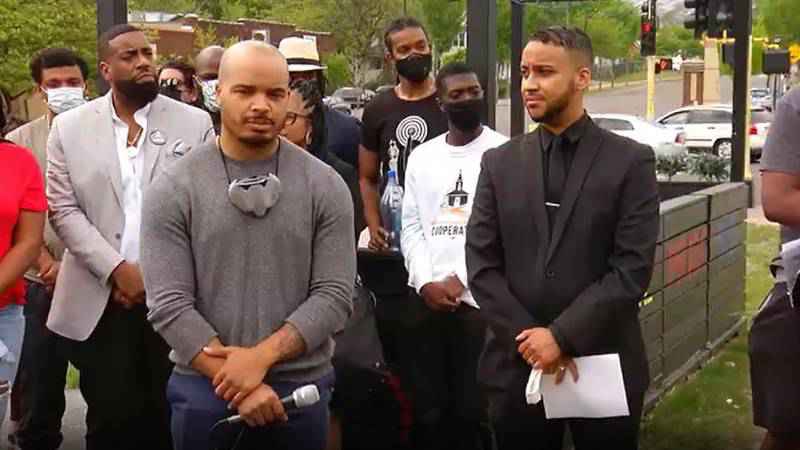 Two City Council members spoke out at a press conference Tuesday, sharing their own ideas for boosting public safety in the face of growing violence.

Councilmembers Jeremiah Ellison and Phillipe Cunningham said they support parts of the mayor’s plan but do not believe it goes far enough in engaging community members on the city’s north side.

"We need to make sure we’re listening to everybody when we discuss how to come up with solutions to this crisis," Ellison said.

Cunningham and Ellison pointed to a preliminary plan unanimously passed by the City Council last year that would focus on ‘data-driven street outreach, engagement and social services with highly targeted law enforcement for individuals who remain violent.’

"To be clear, we’re talking about law enforcement playing a role. That’s always been in this plan. It’s a multi-layered approach to public safety. We’re just asking for police to not be front and center as we are trying to address these problems in our community," Cunningham said.

They said pilot programs surrounding that preliminary plan never moved forward, despite full support from City Council, and called on the police chief and mayor to help make that happen.

Partway through Tuesday’s press conference, the council members said they wanted to amplify community voices and opened the discussion up to the public.

Several community members spoke out in favor of an approach that does not rely as much on law enforcement.

Others voiced sadness over the gun violence that’s impacted their own families.

And still, others expressed outrage at the divide among city leaders when it comes to tackling the increasing violence.

Pastor Jerry McAfee knows several of the children who were shot. He confronted the council members Tuesday, saying he is frustrated with elected officials who are not working together to address the problem.

"Get with the mayor. Whatever that thing y’all agree on, merge that stuff before the end of the week and bring back marching orders to your people because right now you guys are creating just as much division as we got on the block," McAfee said. "Get in that room with the mayor and bring us something back. I don’t give a damn what it is, but we want all of y’all here together on the same stage."

5 EYEWITNESS NEWS asked the council members if they believe unity among city leaders is important in dealing with the ongoing violence.

"The crisis has to be addressed. I think it’s critical for us to have unity there, but unity and compliance are not the same thing, right? You’ve got to be in discussion with the community, with the north side, in order for there to be real unity," Ellison said.

Cunningham and Ellison also noted they were the only city councilmembers not invited to the mayor’s press conference Monday.

The mayor’s office responded with this statement:

"Many of the public health-based initiatives that both the mayor and council members are pushing rely on police resources and partnerships, as Councilman Cunningham acknowledged earlier today when asked what barriers he sees to taking the existing GVI (Group Violence Intervention) program further.

"Mayor Frey briefed a majority of the city council prior to publishing his plan and will work to earn their full support. There are, however, significant elements of the plan that are simply incompatible with defunding the police department as some on the council have pushed to do. In a short time frame following this weekend’s gun violence, the mayor prioritized engaging community members who have been impacted and council partners willing to step up and support immediate and effective response and intervention.

"Minneapolis has extraordinary leadership in Chief Medaria Arradondo, Violence Prevention Director Sasha Cotton, and a host of community partners ready to engage in the work. The path forward will require shared support for their respective experiences and expertise."