The Minneapolis City Council had a busy Thursday morning, as council members approved an ordinance to make it illegal to block the driveways to reproductive health care facilities in the city, covering the Planned Parenthood clinic in Uptown.

“Today we’re signing this in the name of choice [and] in the name of access for women within the city of Minneapolis and around our region,” Mayor Frey said before signing the ordinance, adding: “This is a really important step.”

Ward 7 city council member, Lisa Goodman, was a main driver behind this ordinance.

“It’s important to remember that everyone going to a Planned Parenthood clinic is not going there to have an abortion,” Goodman said alongside Mayor Frey, other council members, and representatives with Planned Parenthood. 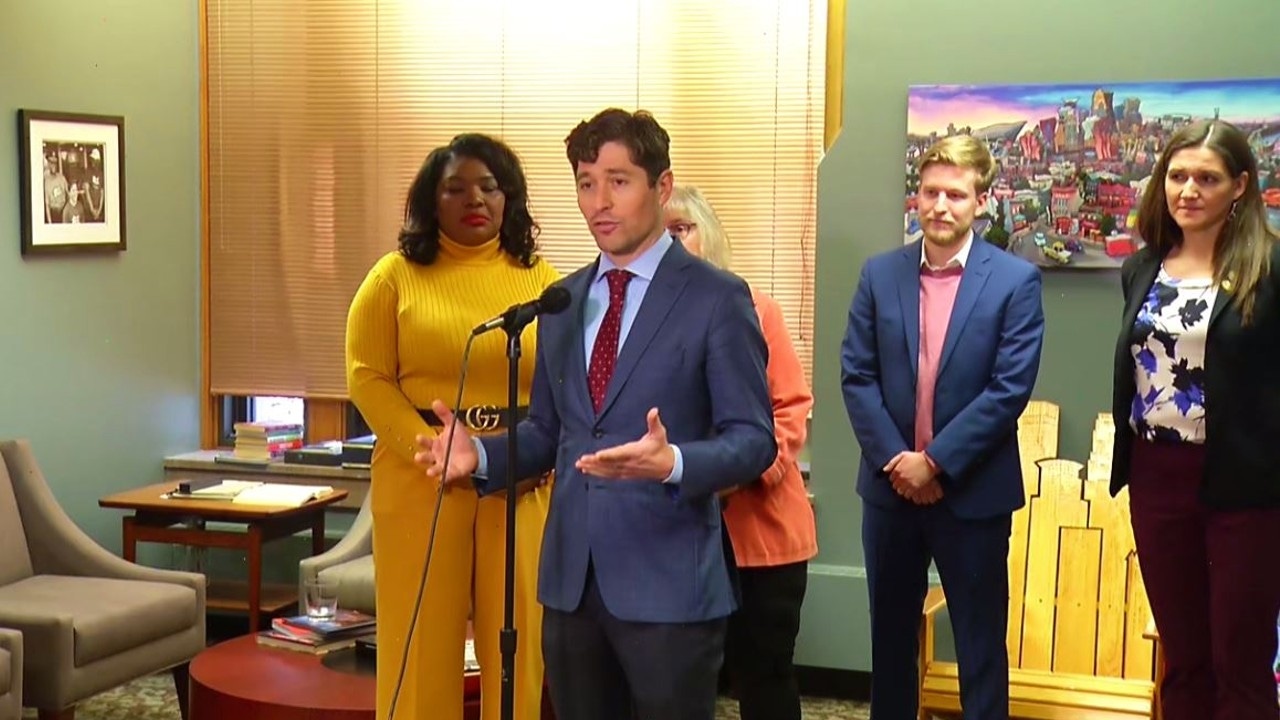 However, while advocates say the new rule is needed, it could face challenges.

The sidewalk could become the focus of a legal challenge over freedom of speech, specifically the stretch where people drive over it to enter a facility, like the Planned Parenthood clinic in Uptown, which provides abortion services.

Videos submitted to the city by Planned Parenthood show protesters — who refer to themselves as “Sidewalk Counselors” — approaching vehicles outside of the entrance as they head into the clinic.

Those people often had out packets of information offering alternatives to abortion.

The group is clear it doesn’t object to demonstrators being on either side of the entrance.

When asked if the ordinance is limited to just the driveway, meaning protesters can be on the sidewalk but on either side of the driveway, Tim Stanley, the executive director of Planned Parenthood Minnesota Action Fund, said the following:

“Yes, 100% and that is where we have been very, very careful and narrow in the crafting of this in that we would never be foolish enough to try and impede the First Amendment rights of the protesters.”

A volunteer with Planned Parenthood told a City Council committee she was assaulted on Aug. 1, saying a demonstrator shoved an umbrella into her as she walked inside.

Pro-life Action Ministries said they are the group putting the sidewalk counselors at the site, and the group says the claims about threats and assaults are exaggerated.

“Right now, Minneapolis would rather sensationalize one instance in which one of our volunteers touched a Planned Parenthood volunteer than deal with the city’s high crime wave,” said Thomas Wilkin of Pro-Life Action Ministries.

The ordinance passed unanimously out of committee before it went to the full council.

Despite still being able to be on the sidewalk, next to the entrance, Pro-Life Action Ministries feels the ordinance still restricts their freedom of speech.

While they’ve expressed intent to challenge this ordinance — perhaps all the way to the federal court — Wilkin said Thursday their legal team is looking into options.

Pro-Life Action Ministries says it plans to challenge it in federal court, citing the right to free speech.

The council was also expected to discuss the growing issue of homeless encampments.

Some council members want the mayor’s office to review how the city clears encampments, and the role each city department plays in the process — including the police. They also want data on the impact clearing the camps has on the people who are living in them, as well as recommendations on how to help.

On Tuesday, members of the Committee of the Whole unanimously approved the legislation to do so, and now it is scheduled to go to the full City Council.

As previously reported, Mayor Jacob Frey had issued an earlier veto on a similar measure due to a technical error in the way it was written.