The Minneapolis City Council doesn’t have the authority to ban the police department from using less-lethal weapons, according to a newly released legal memo.

The council had moved earlier this year to limit the use of rubber bullets, tear gas and pepper spray after seeing the extent of injuries that protestors suffered during last summer’s unrest.

But a memo from the city attorney’s office that was made public last week made it clear that under the city’s structure, any action restricting the use of less-lethal weapons would “exceed the powers of the city council.”

Since the protests and riots following the murder of George Floyd, 5 INVESTIGATES has closely tracked the impact of less-lethal force, documenting those who suffered serious injuries, including fractured skulls or blindness.

The alarming number of injuries to the head is what caught the attention of researchers at the University of Minnesota Medical School. 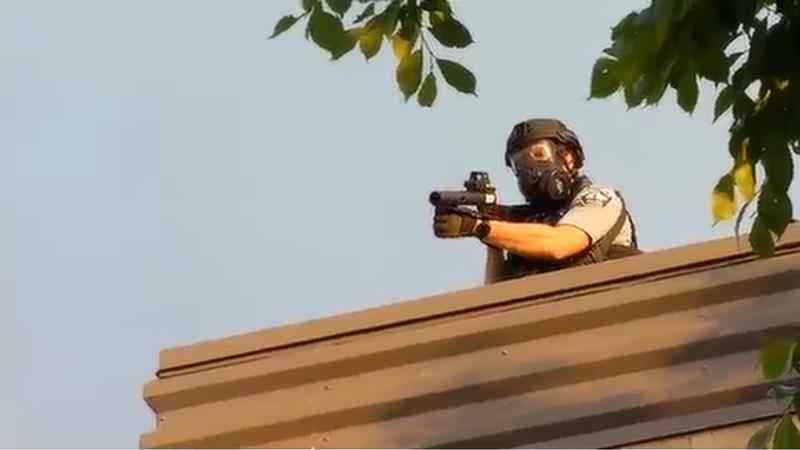 The team studied medical records for patients who sought treatment at hospitals during the unrest. They found what they called a disturbing pattern: About 40% of patients suffered injuries to the head, neck or face — the very spot officers are trained to avoid.

“The city council invited us to present our results, hoping to learn more about what we found,” said Erika Kaske, a third-year medical student who helped present the group’s findings to the city.

After seeing the research, the city council approved a resolution that called for an outright ban or restriction of less-lethal weapons within the city.

“One quote really sticks out to me. They said, ‘Now we can’t say we didn’t know,’” she said.

But months later, it’s become clear that they can’t restrict the use of it either.

Council Member Cam Gordon, who led the push to ban the weapons, released a memo from the city attorney’s office last week that explained that under the city’s current charter, only the mayor would have the authority to prohibit the use of less-lethal weapons.

In a statement to 5 INVESTIGATES, a spokesperson for Mayor Jacob Frey said that the city has already made changes to its less-lethal force policy that “includes putting restrictions on how they can be used and by which officers.”

The changes were part of an agreement with the Minnesota Department of Human Rights after Floyd’s death.

“I’m disappointed in the systems that make change slow,” said Joel Wu, an ethicist with the University of Minnesota whose job on the study was to look at when it’s right or wrong to use this kind of force.

The calls for accountability are also growing louder. There are now at least 12 federal lawsuits pending in Minnesota over the use of less-lethal force.

Earlier this month, 5 INVESTIGATES reported that more than 4,000 rounds of rubber bullets were fired into the crowds last summer.

Sid Heal, a retired commander with the Los Angeles County Sheriff’s Department and now considered an expert on less-lethal force, says it’s still an absolutely necessary tool given the widespread riots that overwhelmed the city.

“Today, we’re being chastised for using the same devices that we’ve been using for 25 years. And my immediate response to that is get us another … anything. We’ll use it tomorrow,” he said.

“I don’t necessarily think that an outright prohibition or ban is necessarily important. What we’re really talking about here is about the appropriateness and the morality of the use of police force.”