It was the day after Christmas in 2011 when a stray bullet went into the Mayes’ family home in Minneapolis, fatally wounding 3-year-old Terrell Junior.

To this day, the case remains unsolved.

“It feels like it was just yesterday,” said Marsha Mayes, Terrell’s mother.

Terrell was playing inside the family home located on the 2600 block of Colfax Avenue North when gunfire erupted outside, that’s when a bullet went into the home, and he was hit.

The shooter remains on the loose, according to Minneapolis Police investigators, who also say no one in the home was the target; it was a random crime. 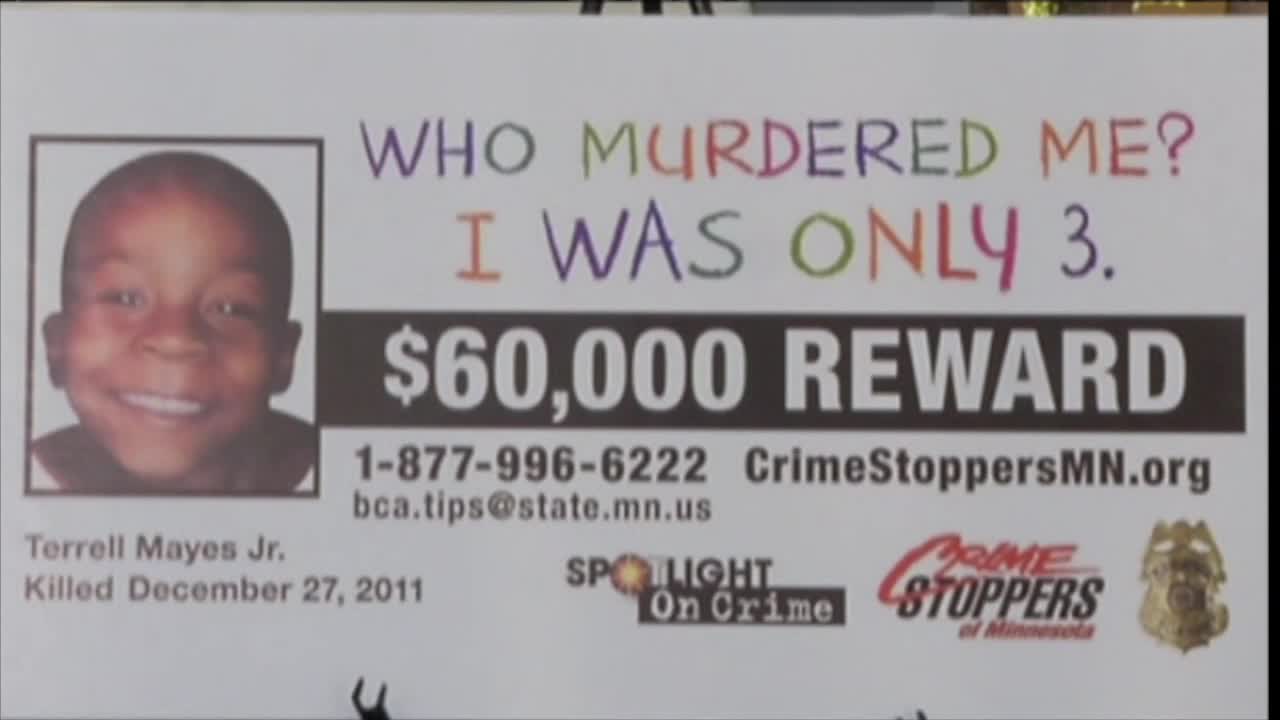 “There’s no way that you can keep holding onto the death of a 3-year-old when you know about it,” Mayes said.

Hennepin County Attorney Mike Freeman, who is leaving office in a matter of days, says unsolved cases of murdered children are ones he had hoped would be solved.

“We haven’t brought their killers to justice. We just haven’t been able to find who did it. People won’t cooperate; those are the ones that haunt me,” Freeman said.

“No justice, man, which is a nightmare,” said community activist KG Wilson.

On May 17, 2021, Wilson’s 6-year-old granddaughter, Aniya Allen, was fatally shot. Aniya was in the backseat of her family’s car when gunshots were fired in the area.

Minneapolis Police ask anyone with information in both cases to contact Crime Stoppers.