Minneapolis carjackings slightly up during the first five months of 2022

According to Minneapolis crime records, there have been 197 carjackings through May 24 of this year.

There were 192 carjackings during this same time period in 2021, a year which saw a record-setting 655 carjackings.

Minneapolis Police spokesperson, Howie Padilla, told 5 EYEWITNESS NEWS the upward trend is not desirable, but he also said there is some good news in the recent numbers.

“We are not patting ourselves on the back, because these carjackings create trauma for the victims and even those who witness them,” said Padilla.  “But, we can say carjackings, in the past 30 days, have gone down 30%.”

Carol Kellett told 5 EYEWITNESS NEWS she witnessed a carjacking Sunday morning near the corner of 28th Street and Humboldt Avenue South where two man, armed with guns, attempted to carjack a woman with her three young children inside the car. 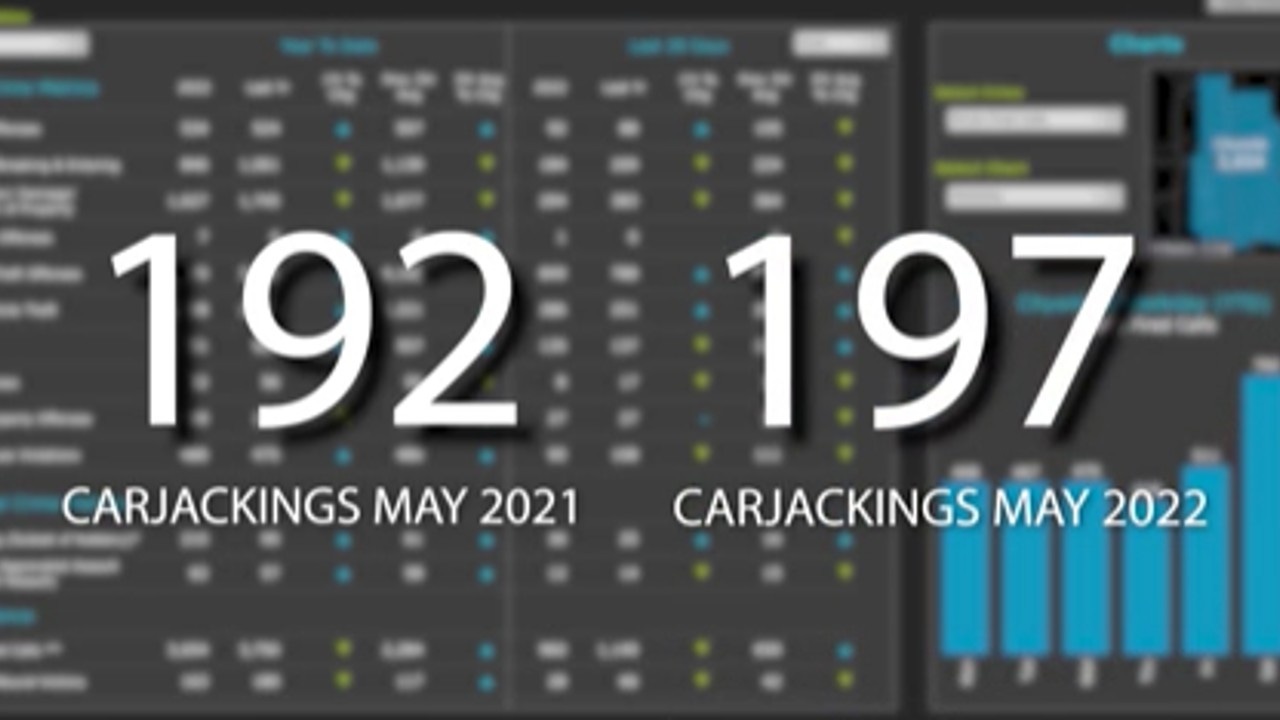 A screenshot of data taken from the city of Minneapolis crime dashboard.

“It was terrified screaming from the woman who was yelling ‘help me, help me’ and it was blood curdling, it really was,” said Kellett.  “She had two little girls and a two-month-old baby […] and she was just sobbing and you could tell it had just been traumatized.”

No arrests have been made in this case and investigators said the woman and the children were not harmed physically.