Business leaders and other stakeholders in Minneapolis are working to bring more people back to downtown.

On Friday, the group A New 612 held a virtual event that covered a variety of topics, including public safety and a return to normal following the pandemic.

"Downtown is going to come back stronger and bigger than ever," said David Fhima, founder and executive chef at Fhima’s Minneapolis.

There’s confidence among community leaders when it comes to the future of downtown Minneapolis.

"We are really excited for more folks to come down and continue to experience downtown," said Leah Wong, vice president of external relations for the Minneapolis Downtown Council. 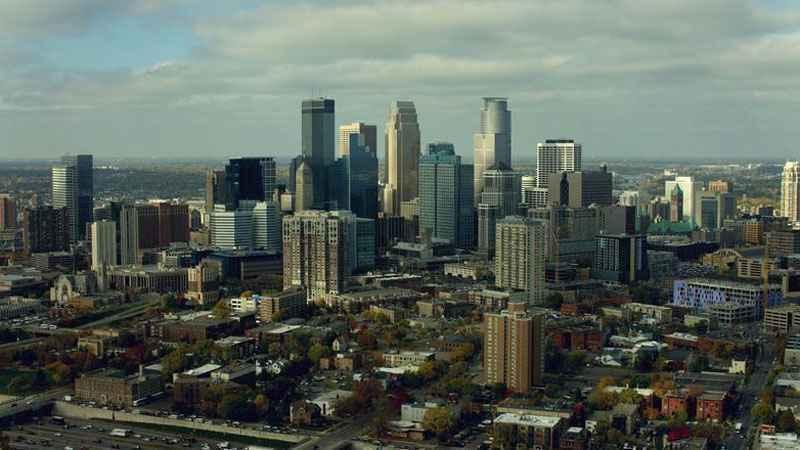 But even this panel will admit, they have to be honest with what’s in front of them. Social unrest and the pandemic have changed downtown, and many haven’t been back in months.

"I think that’s probably the number one thing that’s lacking right now is the number of people who aren’t working downtown," said Dave St. Peter, president and CEO of the Minnesota Twins.

But there are signs of a comeback. About 300 restaurants and retail shops downtown are currently open in some capacity. Hotel occupancy is at 19% when it was less than 10% last year. And about a quarter of buildings in downtown are occupied, compared to about 13% six months ago.

"The metro area here generates 70% almost of the entire state’s tourism expenditure, so the state needs us to be successful," said Melvin Tennant, president and CEO of Meet Minneapolis.

When it comes to public safety, violent crime incidents in downtown’s core are, in fact, down compared to last year.

"You go to downtown Minneapolis and there is not a lot of people, and you assume that something is wrong that people don’t feel safe, so that is our number one problem," Fhima said.

Leah Wong with the Minneapolis Downtown Council stresses often when people see Minneapolis in the headline, they assume downtown.

"So we have spent a lot of time really breaking down the stats to help people understand whereabouts in the city things are happening," Wong said.

Some on the panel believe the Minneapolis City Council and Mayor Jacob Frey need to do more to encourage a return to vibrancy.

"They need to get their act together and they need to lead downtown," Fhima said.

With events like the Nicollet Mall Farmers Market, more fans in the stands at sporting events and even pop-up concerts, there is plenty of optimism.

"I’m really encouraging people to come back and enjoy all that downtown has because it will be there this summer," Wong said.