Metro Transit is reminding riders of a change that will impact people who attend some major events in downtown Minneapolis.

Due to a driver shortage, the last light rail train leaves the U.S. Bank Stadium stop at around 11:30 p.m on Saturday and Sunday nights.

The Vikings take on the Cowboys at home on Sunday night in primetime, and if the game goes to overtime or runs late, there is a chance this could impact riders.

For fans who traveled a long ways to get to Minnesota, they aren’t taking any chances.

"I just can’t even imagine the energy I’m going to feel when it all goes down," said Luke DePaoli, who traveled from Nashville to go to the game on Sunday. 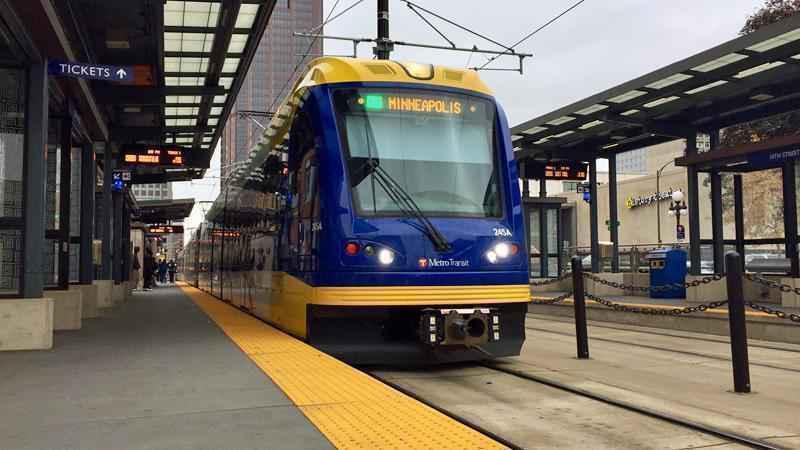 One mother-son duo has never been to Minnesota and are visiting from Connecticut and Nashville to be at this game.

"I’ve always loved purple and back then the Vikings were known as the Purple People Eaters so I just became a Vikings fan and just stuck with them through all those years," said Pam DePaoli, who traveled from Connecticut to be at the Vikings game.

Whether you’re from out of town or a local, many fans depend on the light rail after the game. But Metro Transit announced the change in their service.

"We are not planning on any extra trains at this time, so we just want people to be mindful of that," said Laura Baenen, a Metro Transit spokeswoman.

Baenen says they’re forced to do this because of a light rail and bus operator shortage, and they aren’t promising to offer extra trains before 11:30.

"We’re offering lots of bonuses, we’ve been having hiring fairs, we have two more coming up in November but in the meantime we just need to do our best to let customers know about this so they can plan accordingly," Baenen added.

"I don’t want to leave before it’s over," Pam said.

Some fans aren’t taking any chances.

"We rented a car, so we’ll just drive," Pam said. "We paid all this money and we want to see every last minute, win or lose"

If you’re headed to the George Strait concert on Saturday, Nov. 13, you’ll run into this same change for the light rail.

To see a full schedule from Metro Transit, click here.